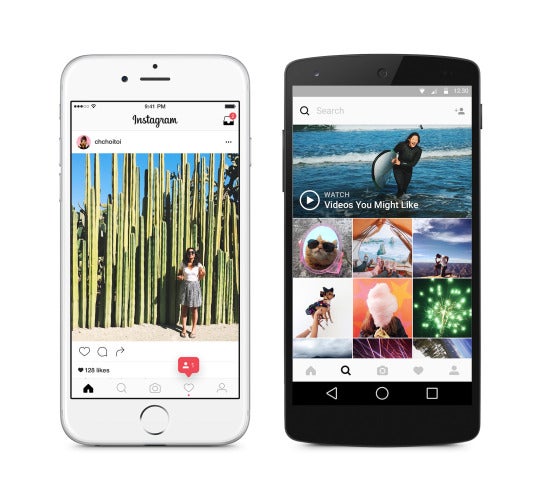 Over the past several years, many of us have gotten extremely familiar with the look of the Instagram interface. Now, the service has gotten a complete visual overhaul that aims to put more focus on the images themselves rather than colors and textures in the design.

The most obvious change is the fact that the interface is almost devoid of color now. The hashtags still show up as dark blue so you know you can click them and the alerts use a red color to let you know there’s something that requires your attention. Other than that, the colors are contained almost entirely within the photos posted by the users appearing in the stream. I’m actually a huge fan of this change, it it seems many other people on the web are as well.

Rather than changing everything at once, Instagram has left the buttons and features where you expect them to be. With 400 million active users, there are going to be a lot of opinions about the new look, and changing functionality in addition to aesthetics would have been a lot to deal with.

The logo for the Instagram app has also changed, which honestly isn’t something I really care about. There are some great design discussions going on about it right now on more design-oriented sites, but it’s not my area of expertise, so I’m not even going to bother critiquing it. I know some other people in the photo world are bummed that the logo no longer resembles a “real” Polaroid camera, but that seems like a trite thing to get upset about.

So, what do you think of the app’s actual design? Does it make the photos look better in the frame? Did you even notice the difference? Be sure to follow the PopPhoto Instagram (and also feel free to follow my own accounts SHAMELESS SELF-PROMOTION).