If You Want To Shoot Portraits Like the iPhone 7 Plus Commercial, Be Sure to Bring a Reflector or Light 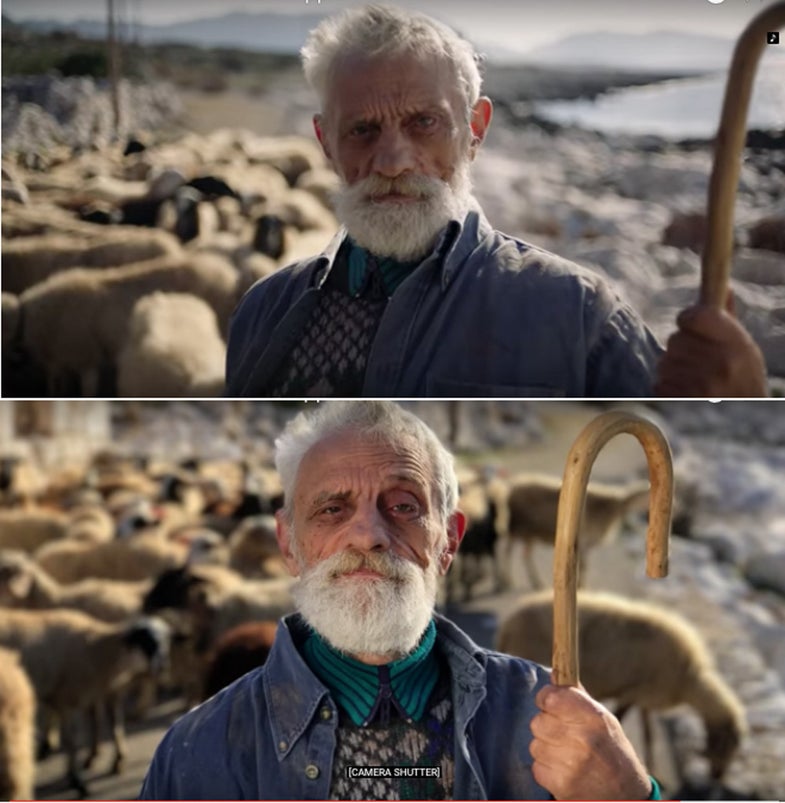 If you watched the Golden Globe awards last night, you may have caught Apple’s latest commercial, touting the photography skills found in the new iPhone 7 Plus. The new Portrait Mode uses a longer focal length lens and adds fake blur to the background of the image to simulate a photo taken on a camera with a bigger sensor and a faster lens. While it certainly makes a difference, the commercial seems to have a bit of lighting magic going on that isn’t explicitly mentioned.

Take a look at the two images above. One is a screen grab from the video and the other is the finished still photo taken with the camera. The top one is much flatter, especially on the face because the main light is coming from behind the subject to camera right. In the final image, we’re getting a warm light coming from 180-degrees off of the main light source, which—at least to my eye—suggests a reflector, or even another light, is in use. You can also see the catch light in the eyes coming from above and camera left. This also helps to keep those brightly-lit sheep from blowing out in the background when trying to get a good exposure on the face. The longer lens and fake blur offered by Portrait Mode having nothing to do with those things.

In this example, we see a fairly high-contrast lighting situation with the key light coming from camera right to create those shadows, but again, the opposite side of the subject’s face is filled in considerably. We can also see the catch light from another light source opposite the key light. In this case, I’d guess it was a white reflector or a “cooler” hot light because of the slight change of white balance from one side of the face to another.

Some of the other portraits in the series suggest the light got some help as well.

It seems possible that the iphone’s “flash” could be providing the fill but when I tried, the light seemed to under powered to make that much of a difference in the face of a bright light source.

I’m not trying to “call out” Apple or anything like that because I haven’t seen how the photos were actually taken and this is just a guess based on many years of making and looking at portraits. But it would seem a bit odd to say that “taking a professional-looking portrait is as easy as snapping a photo,” when the examples given also may require a reflector, a light, and maybe even an assistant.