The Iconic Holga Toy Camera Is Being Reborn In Digital

A true lomographic icon is getting a digital makeover via Kickstarter 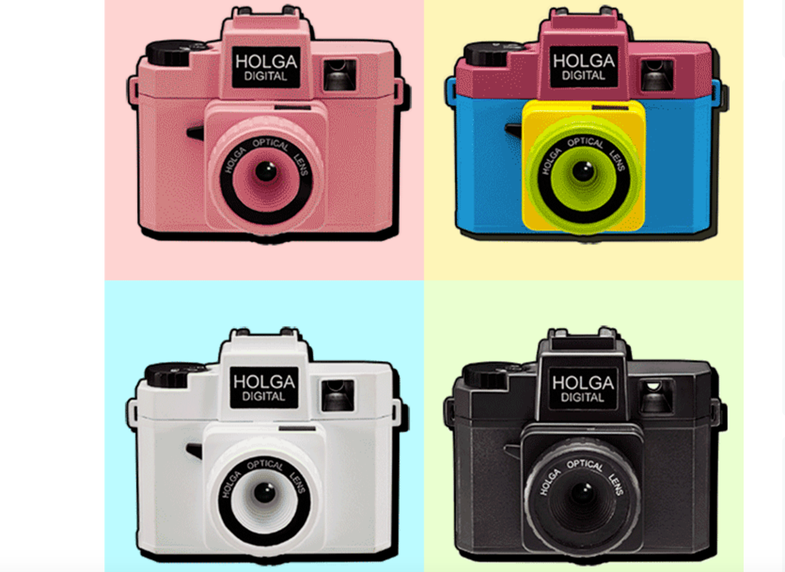 My experience with Holga cameras goes like that of many other people. I had one in college and I loved it. I used it to shoot a lot of crummy photos and some good ones, but I had a great time shooting with the thing. With dark rooms harder and harder to come by, the Holga has fallen out of fashion, but now they’re turning to Kickstarter to bring it back in digital form.

The campaign hasn’t been live for long, and it’s already closing in on its funding goal. In fact, it might already be funded by the time you read this. They’re only trying to raise roughly $38,000 to get things rolling. The camera itself looks a lot like the familiar film version with its boxy shape and classic badge. Since the body is now filled with delicate electronics, I’m hoping the case is built more securely so it won’t need to be wrapped in tape like many of the old ones to keep light out.

The lens on the front of the camera is made of glass and has two aperture options: F/2.8 and F/8. They are, however, offering adapters so you can use other old Holga lenses on the new digital camera. You can shoot images in either 4:3 aspect ratio or 1:1 square images, similar to the adaptable aspect ratio of the original. Whats not mentioned on the Kickstarter page, however, is the size or spec on the sensor. One of the original appeals of the Holga was that it shot on medium format film, so even though the camera was relatively lo-fi, you were able to make big prints from the large negatives. It seems fair to assume, however, that there will be a relatively small sensor inside of this camera, so it will probably be perfect for Instagram and not so hot when it comes to enlargements.

You can back the Kickstarter now, and it will cost you anywhere between $75 and $90 depending on how early you get in on the pre-order. I backed the project almost purely based on nostalgia and will be giving the camera to my daughter. I think she’ll enjoy the interesting effects produced by the quirky lens and the overall simple operation of the thing.

Ultimately, it will be interesting to see if people are interested in this kind of digital product with smartphone cameras making it so easy to take crummy pictures on the go if that’s your goal. One thing the Holga has going for it, though, is that there’s no screen on the back, which means it emulates that old mystical experience of not seeing pictures until you’re done shooting. Of course, you can use a wifi-equipped SD card to cheat the images onto your smartphone.