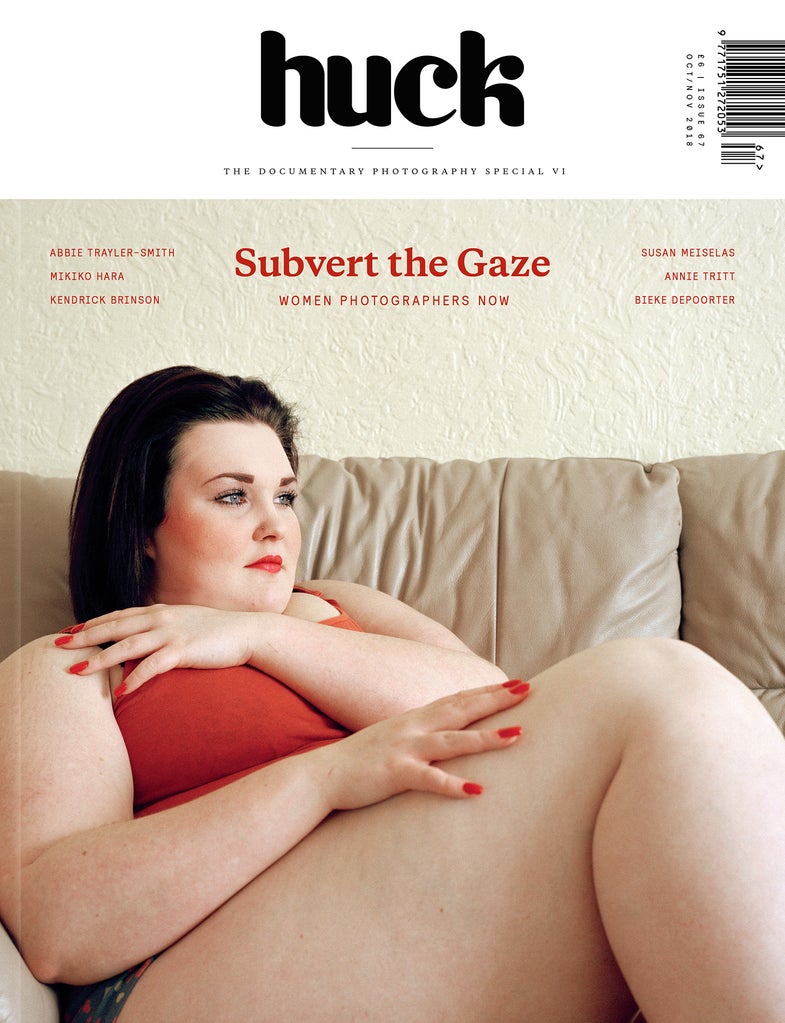 To counter this ongoing discrepancy, UK based art and culture publication Huck Magazine has dedicated its annual documentary photography issue to stories photographed by women. Subvert the Gaze hit newsstands a few weeks ago and can is available directly through Huck now.

Japanese street photographer Mikiko Hara shoots from the chest, allowing the camera to capture happy accidents just come as a surprise even to her. Find out more in our issue or online at huckmag.com. ?: Mikiko Hara/Osiris #huck #huckmagazine #photography #photograph #womenphotographers #japan #tokyo

“Photographs don’t just tell us stories, they tell us how to see,” Daniella Zalcman, of Women Photograph, writes in the issue’s opening essay. “When representations of womanhood, the female body or femininity are largely constructed by men, it’s not just that they define us, they teach us how to see ourselves.”

The issue features the work of twenty female photographers ranging in age from 22-70. The topics include a diverse range of subjects, including Manila’s drug war, the taboos of obesity, grassroots activist movements, and the lives of transgender and non-binary youth. A first person narrative from the photographer accompanies each series to explain the meaning behind their images.

Planning for the annual documentary photo issue began back in June, when the editors sat down for a brainstorming session about whose work would fit together within the pages of the magazine. The choice of working with only female documentary photographers seemed like a no-brainer for the Huck team.

“Every issue of Huck has a theme and often they’ll draw inspiration from an idea or a feeling that’s been in the air,” acting editor, Cian Traynor explained via email. ” A huge part of the last year has been a cross-cultural reckoning with sexism and misogyny in all its forms.”

Jessica Lehrman was raised on the move, inheriting a restless search for magic. That search has seen her document underground movements and photograph some of the most famous rappers of a generation. Find out more online at huckmag.com or in our latest print issue. ?: @jessierocks #huck #huckmagazine #photography #photographers #femalephotographers #femalephotograpy #america #hiphop #rap #macmiller #50cent

According to Traynor the next step was to make sure that the roster of female photographers included in the issue were a diverse group in terms of stories they were telling and the perspectives that they were being told from.

“Our photography issue celebrates exciting voices of change within photography—from emerging talent to established pioneers,” Traynor says.”[Photographers who] have broken new ground or disrupted the status quo in their own way.”

The newest issue of Huck is available now.