Danny MacAskill is awesome and so is this photo 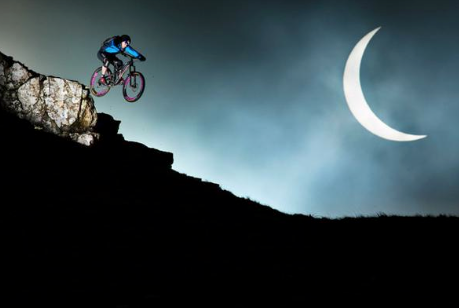 Photography and mountain bikes are two things I’m supremely nerdy about, so when I saw photographer Rutger Pauw’s shot of Danny MacAskill sending a gnarly drop in front of a massive solar eclipse, I was captivated.

The shot is one of those classic photos that people around the internet love to claim as a “fake,” but this behind the scenes video shows the in-depth process that goes into planning something like this. They needed to find a spot where the photographer could use a massive 800mm lens in order to flatten out the scene and make the eclipse look big in the frame.

Because the sun was so bright in the frame, they needed to shoot a flash at MacAskill as he hit the drop, which meant firing a strobe that was almost 300 meters away. The whole thing is so planning intensive that I’m really glad the resulting image came out so wonderfully.

I also love the part of the video where the photographer makes this face: