Don't end up like this when recording a concert 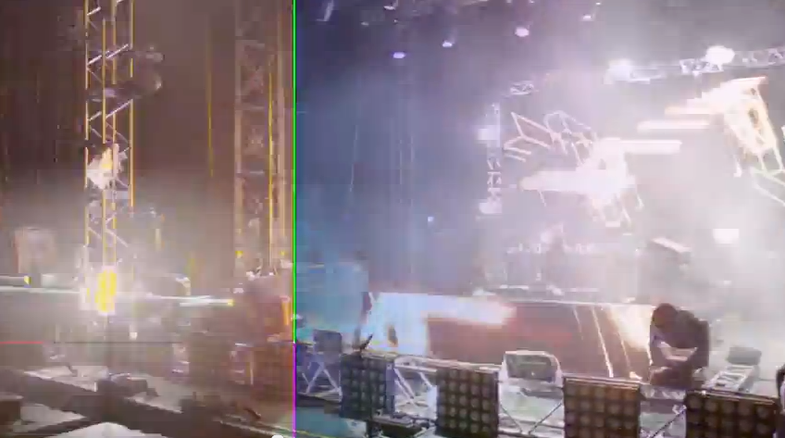 You may not know this, but camera sensors really hate being shot with lasers. Not even the Star Wars kind, but rather the seemingly-harmless ones found at a rock concert. This video does a good job illustrating that point.

The video was taken at a music festival, at which some lasers were doing their light dancing thing on the stage. The laser hits the sensor just right and boom, it’s fried. It’s basically the same process by which a strong laser can ruin your eyeball. The worst part is that the camera is a RED Epic cinema camera, which will run you a cool $20,000 on its own. Brutal.

This kind of problem happens when you’re using live view, not just when you’re shooting video because your sensor is still being exposed. If you’re using a DSLR, it’s likely you’ll be OK because the mirror will be protecting the sensor, but if you trigger the shutter at just the right time, it might get you. I’m also curious if the reflection of the laser would be enough to harm the AF sensor in your camera.

It’s a lesson we hope you’ll never have to learn yourself.