Ever wanted to do a perfect pan around the base of a building? Here's how 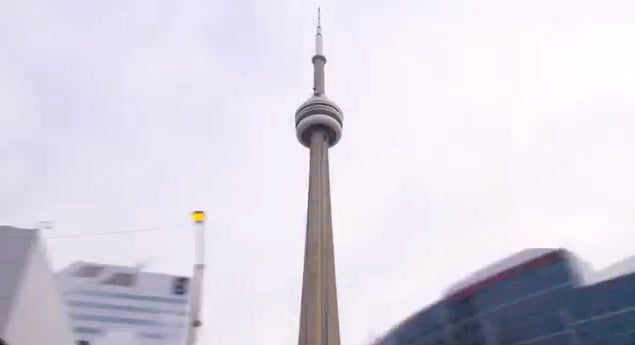 Candy Glass Productions have put together a very cool video about the laborious process they undertook to spin a camera around the CN tower. In order to get the tower perfectly framed in every shot, they had to map out around 36 locations in a perfect circle around the tower. Then, there was photography, editing the photos so the tower was perfectly centered and aligned, some motion blur, and stitching the whole shebang into a video.

The technique shown in this video was also used in a rather insane music video, alongside a lot of other photo trickery. You can see a few examples in these animated gifs:

It’s an incredibly labor intensive process — but you have to admit, the results look fantastic.