How To: Tips for Better Flower Photographs

Making those beautiful blooms work for you. 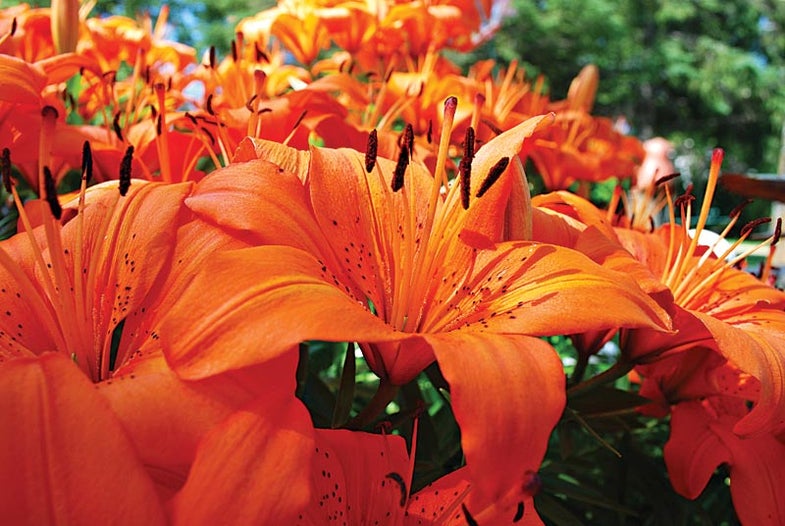 Often photographers see a beautiful flowerbed and, stimulated by the intense colors and shapes, start firing away. And just as often, when we examine the images later, the pictures have nowhere near the impact we’d hoped for.

Here are four tips for getting the most from flowers, whether in planted garden beds, growing wild, or even, depending on the arrangement, in a vase:

Shooting from above and aiming down on flowers often gets you more leaves, stems, and ground than blossoms. Instead, kneel down on the flowers’ level, putting your camera’s imaging plane immediately opposite your subjects. A low vantage point also lets you include a distant, defocused background, which can add an important sense of depth to your shot.

2.Use a wide-angle lens and get in close:

Wide-angle lenses with close-focusing distances and powerful subject magnifying capabilities (1:5 or stronger) can introduce the linear distortion that will exaggerate the floral shapes in exciting ways.

Compose the scene to make one flower stand out as the center or visual anchor for your shot. But don’t necessarily put it in the actual center of your photograph—use the Rule of Thirds to help you place it. Without this focal point, the bed can appear a chaotic, undifferentiated mass of color.

4.Choose the flowers with care:

Avoid flowerbeds in which spiky leaves pop up distractingly between the flowers, and instead look for tightly bunched blooms that form a uniform blanket of color.