An Alternative To The Pricey Photo Editing Software

DL&C; has an inexpensive image editor that offers an incredible number of tools. 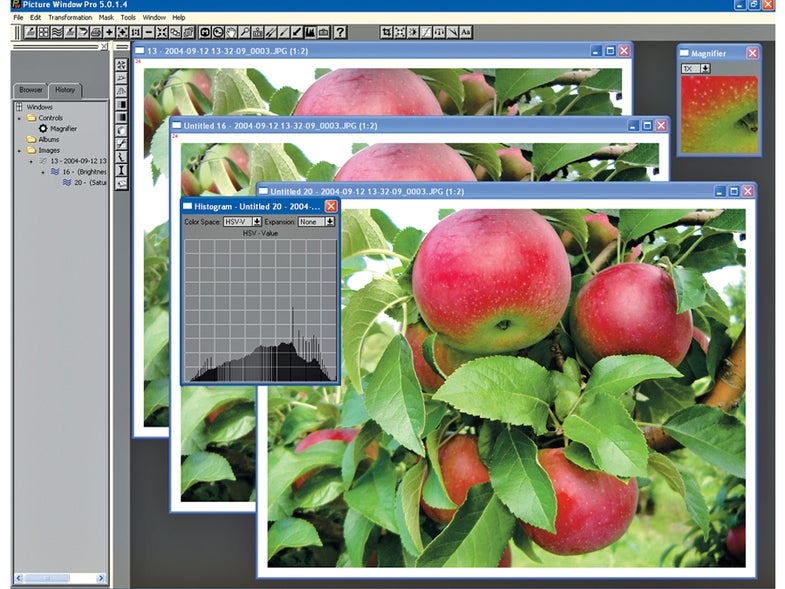 So, you’re a serious shooter- you photograph in RAW, you stay in the ProPhoto RGB color space for as much of your workflow as you can, and you calibrate your monitor biweekly. You want to do your color correction using Curves and Levels, and to mix your channels to go blackand- white. Think you have to shell out the big bucks for Adobe Photoshop to do all of that? Nope.

Sure, it doesn’t have 3D buttons or a streamlined interface. Nor is it well advertised. But that lets DL&C put its resources into programming.
Version 5.0, released in March, has a rewritten RAW converter that allows good highlight recovery. Want to make high-dynamic-range images? The program has an engine for that, too. Just about every tool you might want is included, from chromatic aberration reduction to brightness, contrast, and saturation adjustments that target just shadows or just midtones.

If you’ve had a lot of experience with Photoshop or Photoshop Elements, Picture Window will take some getting used to. Instead of layers, each new transformation or adjustment opens in a new window. Masks are also made in their own windows, and you can easily apply them to subsequent adjustments.

A toolbar on the left records your history, so when you have a bunch of open windows you can go back to any step in your process.
Digital Light & Color’s website offers a wealth of tutorials to guide you while you work on your photos, as well as an active community of users ready and willing to help. Post a problem on the message board, and the president of the company may respond to your query directly.

Picture Window Pro is an excellent alternative for shooters who are ready to geek out on imaging, but would rather spend their dough on gear than on software.