When photographing wildlife, make sure you capture the catchlights. 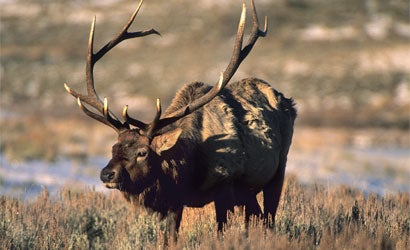 In people pictures, the eyes are the key to a good portrait. The same goes for wildlife photography. Catchlight — that little reflection shining in the eye — can bring your animal images to life.

But capturing the gleam in an animal’s eye isn’t as easy as it is in a bride’s. Some species have very dark eyes that can seem like cold, black holes. Maintaining contrast on these is tough. The catchlight must produce highlights that separate the eyes from shadows and dark fur or feathers.

How do you do this? One way is with electronic flash — ideally, a hotshoe- mounted unit with an extender that lets your flash work with your telephoto lens. Extenders are typically used with lenses that go to 300mm or more. They increase the flash’s reach by concentrating the light, resulting in up to a 2-stop gain in aperture. One of the most popular: the Better Beamer ($40, street).

The other way to get catchlights is with available light. It requires more effort, but there’s also less gear to carry into the field. For instance, to get available light to do the job on the bull elk shown here, I positioned myself between him and the rising sun that was bathing him in warm light. With the sun shining toward him, it was just a matter of time before the light reflected in his eyes.

My Nikon F5 with 200-400mm f/4G VR Zoom-Nikkor AF-S lens, mounted on a tripod, was loaded with Fujichrome Velvia 50 slide film. I adjusted the aperture to f/5.6, which gave me a shutter speed of 1/60 sec. Focusing on his eyes, I followed the elk in the viewfinder until I saw the catchlight. Then I fired away.