2007 Photographer of the Year: Marc Aviles 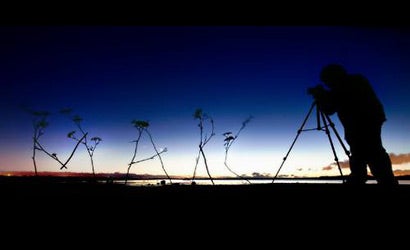 The editors of Popular Photography & Imaging have named Marc Aviles from San Juan, Metro Manila, Philippines, the 2007 Photographer of the Year. He will receive the $5,000 cash prize and the prestigious title of “The Best Shooter on the Planet.”

The self-taught photographer, who is in his late 30s and works in the information-technology field, has been shooting for five years. This is his first time competing in a Popular Photography & Imaging contest. “I’ve been following the Photographer of the Year contest since the beginning,” he says, but I always missed the deadlines before.”

Aviles said that competing in this year’s Shoot-Out allowed him to exercise his imagination. “I find competitions very exciting because there’s a lot of great photographers out there and I’m learning a lot,” he says.

Click here to view a gallery of 2007 Photographer of the Year Marc Aviles’ work from all rounds of the competition.

The July 16-19 online Shoot-Out was the biggest in Pop Photo history. The hundreds of shooters in this intense, three-day competition came from all over the world, including Bosnia, Bangladesh, Russia, and Brazil. Thousands of photos were uploaded each day to the PopPhoto.com site as the photographers took on assignments ranging from the challenging to the bizarre (photograph a unicorn, anyone?).

After selecting more than 35 finalists, the editors compared each contestant’s body of work across all three assignments and narrowed it down further to a final few. The decision was difficult, as front-runners included Jodi Esplin from Spring Creek, NV, Matthew McKenzie from Foothill Ranch, CA, defending champ, 2006 Photographer of the Year Roberto Soares Gomes of Rio de Janeiro, Brazil, and 2005 Photographer of the Year, Michael Soo from Cupertino, CA.

Each shooter had his or her strong suit — “Esplin’s creative name construction was a stand-out from Assignment 1 (Your Name),” said one editor. “But her workplace documentary for Assignment 3 (the Creative Documentary), didn’t tell a complete story, and looked more like a well-executed environmental portrait.”

The slick, high-fashion style of McKenzie’s work caught all of the judges’ eyes, but some felt his second assignment did not hold up to the others. Soo’s portrait for Assignment 2 (Rock, Paper, Scissors Portrait) was a clear favorite of the judges, and his other assignments were well executed, but didn’t exceed the judges’ expectations the way Aviles’ did.

It was Aviles’ versatility that won him the title. Each shot from all of the assignments demonstrated his technical ability and creative drive. One editor called the shot of his name created from sticks “spellbinding,” and the entire panel marveled at his pitch-perfect execution of Assignment 3’s documentary.

“Each of his five photos from Assignment 3 is technically excellent, visually engaging, and dramatic in their own way was a single photo,” remarked one judge, “and when combined, they tell a perfect visual narrative.”

“This year’s Shoot-Out was a terrific success,” says Popular Photography & Imaging’s Editor in Chief John Owens. “It was exciting to see so many talented photographers from all over the world compete so enthusiastically in all of the assignments.”

To see all of the finalists’ work, check out the finalist gallery, and to see photos that caught the judges eyes throughout the competition view the Best of gallery.

Here’s what we put the shooters through:

Day 1 Assignment: Use your first name in a photo creatively. You can find or create the letters any way you wish. Composites are fine, but you must capture them with a camera — no creating the letters with software.

Day 2 Assignment: Take a portrait of a person incorporating the three elements: rock, paper and scissors.

Day 3 Assignments: Capture a day in the life of any job (though not an office job) where you live. And, as a bonus assignment, photograph a unicorn.

2007 Photographer of the Year Finalists

Participants in this year’s Photographer of the Year contest got a surprise this morning on the last day of the Shoot-Out: two assignments.

The first, a challenging creative documentary asks the shooters to capture a day in the life of any job where they live, providing the viewer with an inside look and deeper understanding of what the job and the person performing it is really like.

Their bonus assignment, should they choose to accept it, is to simply photograph a unicorn.

As with the other days of the Shoot-Out, contestants will only have 23 hours to complete these assignments. Competition officially ends Thursday, July 19 at 8:00 a.m. EST. Check back then to see how the hopefuls tackled these challenges.

Yesterday’s portrait challenge included three props that the shooters weren’t likely to have used in their studio before: rock, paper and scissors. The results were surprising, click here for some of the best shots.

Contestant Nate Berg said, “The rock scissors paper assignment made my brain hurt for a second. I can’t wait for the tough last day, I almost feel like a working reporter.” Which is exactly the goal of the final assignment; to act like a photojournalist, document life as it happens and produce amazing photos on a tight deadline. The shooters won’t have it easy today, but when it’s all over one of them will walk away with $5,000 and bragging rights as the Best Shooter on the Planet.

Here are some of our favorites from the competition so far.

Also check out all of the entries here.

Photographer of the Year Assignment #3

Chronicle a day in the life of a job where you live. It can be any job: wait staff, physician, mailperson, airline pilot, dog groomer, pool hustler…any job. Provide an inside look and deeper understanding of what the job and the person performing it are really like. Note: office jobs are not permitted.
Upload up to 5 images by 8:00 a.m., ET, Thursday, July 19.

Click here to login and upload your photos for Assignment #3

One day down, two to go in the journey to name the next Photographer of the Year. Yesterday we told our hundreds of hopefuls to capture their names creatively in a photograph. The results are in and they are as varied as the names themselves.

Shooter Eric Eley from Athens, GA called Day One “the most difficult day of shooting I’ve ever had.” But it wasn’t all blood sweat and tears, he also said that he “had a blast” and has found the competition so far a lot of fun. What does Eley think of today’s assignment? “You guys aren’t messing around!” he says. No we’re not. After all, $5,000 and one of the most coveted titles in photography is at stake.

Also check out all of the entries here.

Here’s what the intrepid shooters will be tackling today:

Photographer of the Year Assignment #2

Take a portrait of a person incorporating these three elements: rock, paper, and scissors.

Click here to login and upload your photos for Assignment #2

Check back tomorrow to see what they come up with, and what the final (and most difficult) assignment will be.

It’s official: The 2007 Photographer of the Year Shoot-Out is underway. Over the past two months, hundreds of shooters from across the globe have uploaded thousands of their photos to qualify for this year’s Shoot-Out. The third annual competition starts today. Over the next three days, these talented men and women from every corner of America and the globe will compete for a $5,000 cash prize and the title “The Best Shooter on the Planet.”

The first assignment of the Shoot-Out went up this morning at 9:00 a.m. and the contestants will have a mere 23 hours to complete it and turn it in by 8:00 a.m. tomorrow before picking up their next assignment.

Here’s what they’ll be working on:

Photographer of the Year Assignment #1

Check back tomorrow to see what they came up with, and in the meantime, click here to take a look at some of the best shots from the qualifying round.

Check out all of the entries here.

Everyone who has uploaded four qualifying photos by July 6, 2007, is eligible to take place in the July 16-19 Shoot-Out. Click here to view the photos of everyone who has entered.

During the Shoot-Out, assignments will be posted at 9:00 a.m., ET, and will be due by 8:00 a.m., ET, the following day. Make sure to get your assignment in on time because you will be unable to upload the pervious days’ assignment once the new assignment is posted.

Important information to remember:
• Photos of any size may be submitted online, but the winning entrant must be able to provide 300 dpi files.
• Click on that day’s assignment folder under the Galleries link to upload your photos. (The gallery system will resize your images for screen resolution. Only .gif and .jpg files will be accepted).
• Make sure to add a name and caption for each photo you upload.
• Upload only the directed number of shots for each assignment.
• The photos that you upload for each assignment will automatically be placed in the folder for that assignment. 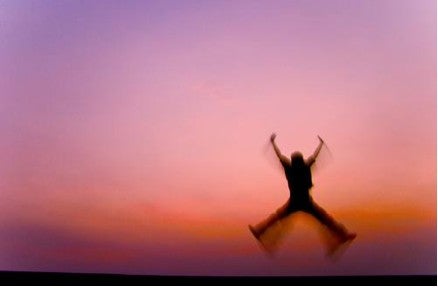 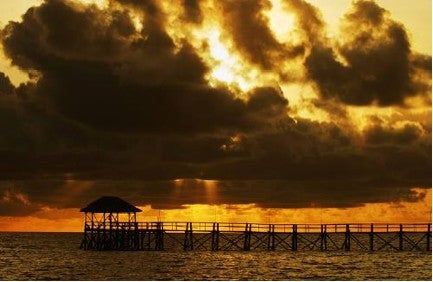 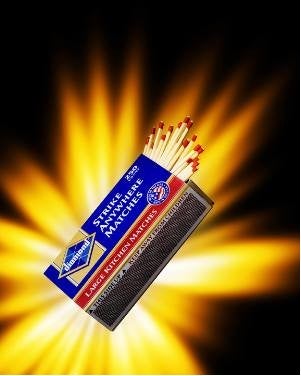 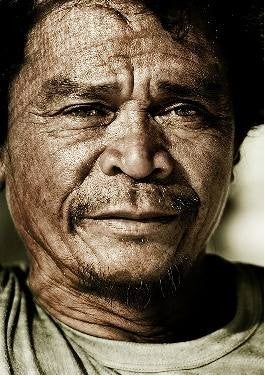 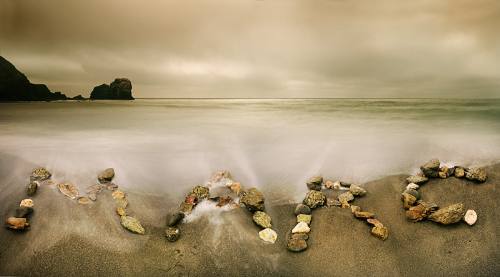 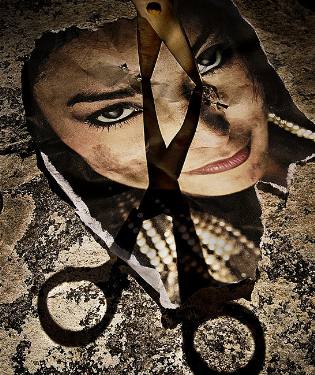 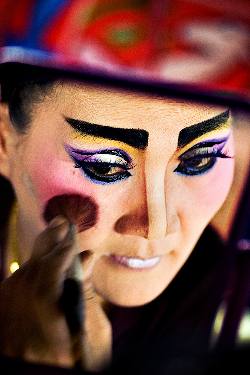 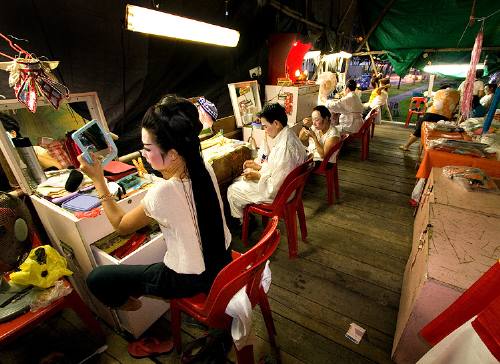 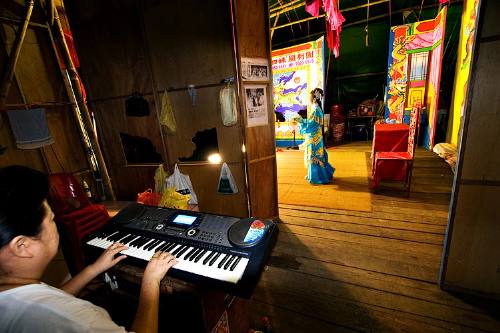 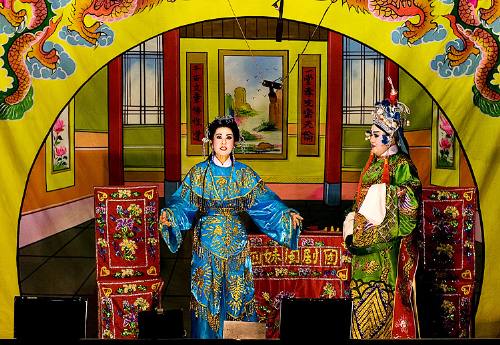 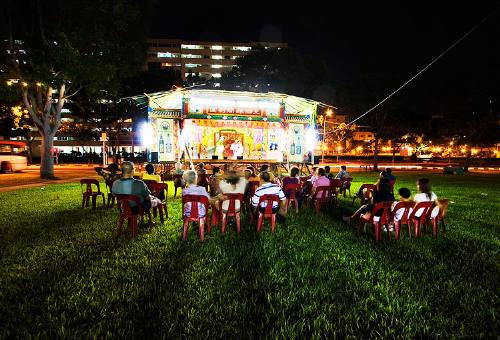 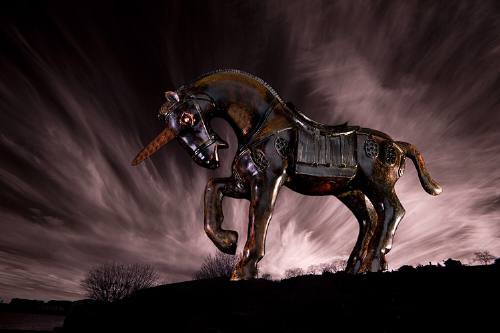