How-Old.Net Uses Science To Guess Your Age From Your Photo 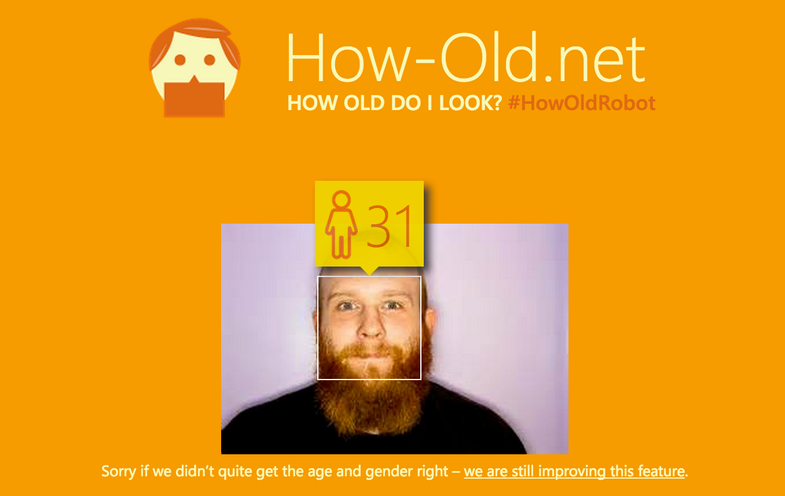 Facial Recognition is something that’s becoming more and more a part of all kinds of photographic software—It’s even baked into the new version of Adobe’s Lightroom. But, we’re getting past the point where computers can simply recognize your face. They can also guess other details about you, like your age as demonstrated by the fun How-Old.net.

The site seems like one of the fun time-wasters that makes the internet such a wonderful place. But, there is some very serious science behind it. The site was created by Engineers in Information Management and Machine Learning at Microsoft.

Microsoft recently released a Face Detection API that developers can use for various applications. You can get a fairly in-depth explanation of their process by clicking on this link.

I tried it and the first photo that came up was this one, which suggested I was 53-years old. At the time of that photo, I was roughly 30 years old, so it’s clear that it’s not locked in as a perfect science just yet. Things like expression and even seemingly the processing of a photo can affect its ability to find your age. It seems like other things like increased contrast or directional lighting that might give more pronounced texture to your face can also fool it a little by making you look older.

I tried another photo (top), which has more flattering lighting, and it said I was 31, which was my actual age in the picture. Not bad, especially since it was able to read through my giant beard.