In an effort to prevent photos from dying on your hard drive, Google is rounding up the photos it likes best 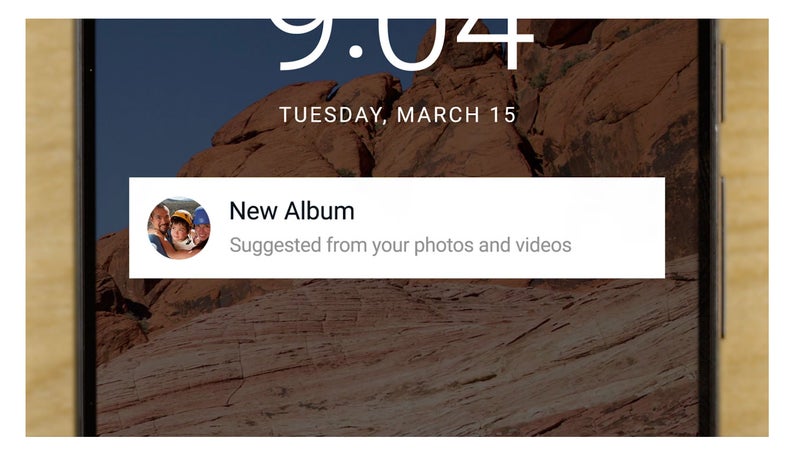 For some time now, Google’s photo storage and sharing strategy, including its Google Photos platform, has involved a certain amount of automation. The apps do the usual stuff like facial recognition and GPS logging, but they have also tried to automate qualitative judgements with features like auto-enhancing photos. The latest development in the Google Photos system includes an upgrade to the Albums feature that will automatically select the “best” photos and videos from a specific trip, event, or collection of images and make an album from them that can be shared.

According to Google’s announcement video, the intention is to prevent images and videos from languishing on a hard drive. The idea seems to be that if Google Photos goes through and makes the album for you, you’re more likely to share it and less likely to procrastinate until you’ve already forgotten why you took any of the pictures in the first place.

Of course, you can still make galleries yourself and tweak them to your heart’s content, but I’m willing to bet some users will actually find this automated system fairly useful. I’m actually all for things that encourage people to share their photos, but the idea of automatically deciding the “best” photos still seems incompatible with my own creative process, even if it is just for personal social media sharing. I like to feel like a curator—especially of my own photographs.

I’m actually a bit curious how it works. I’m assuming the system uses a mashup of factors such as GPS location, faces in the frame, and other visual cues like proper exposure. While I don’t see it being that useful for me personally, I do think stuff like this will be more and more common going forward.

Get more info on the official announcement page