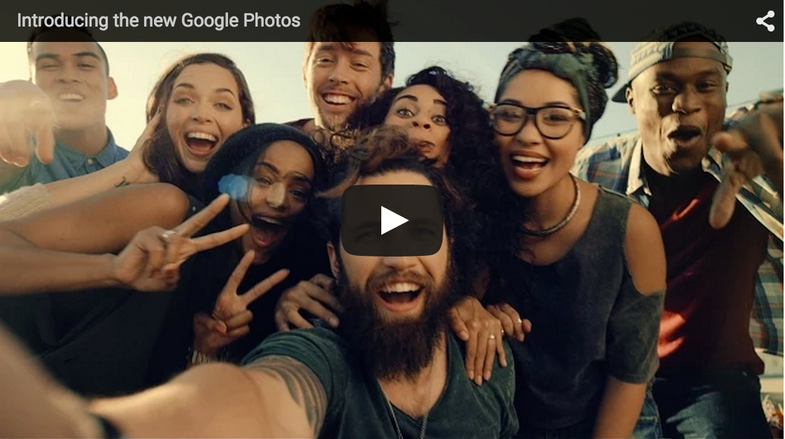 I use and like a lot of Google products every single day. I’m typing this post into Google docs right now and Gmail is throwing new message alerts at me all the time. But, they’re photo offerings have been kind of all over the place for a while, spread out between Google+ and the outdated Picasa service. Now, they’re trying to remedy all of that with a centralized photo product called Google Photos.

Ultimately, Google Photos is a platform that’s meant to sync, store, and organize all of your photos across all of your devices. That’s a promise we’ve been hearing a lot lately from big names like Adobe with their Creative Cloud service, and the upstart Mylio.

Google Photos offers dedicated mobile apps for iOS and Android, as well as a Chrome-based version for the web. The app automatically sucks up the images from your phone and stores them in Google Drive. You can also upload high-res photos from your camera via the web and it will keep 16-megapixel versions that don’t count against your Google Drive storage cap.

It doesn’t do raw files like Amazon’s free Prime storage account, but 16 MB files are pretty large and will likely upload much faster than true raw files, which is a hindrance with the Amazon solution.

Google photos also make sharing your galleries simpler than it was before, even allowing for interesting features like instantly downloading full galleries. Sharing was one of the real tricky bits about Google’s photo offerings before, so it’s nice to see this streamlined.

Some of the enhancement features have made their way over from Google+. For instance, the software is able to recognize sequences and series of images, and it will sometimes make them into a .gif or a collage if that’s something you desire. You can, however, turn that feature off. It can also recognize people and other important aspects of the photos and try to organize them accordingly.

Google Photos should be rolling out now, so I’m very interested in giving it a try. But, there are so many different services competing for the same space at this point, it’s getting hard to navigate the landscape. So many of my photos are stored in so many different apps and clouds that it’s getting tricky to keep track of. It will be interesting to see if a mega power like Google can use its influence to draw in a majority of users.