A bird's eye view of a near-catastrophe 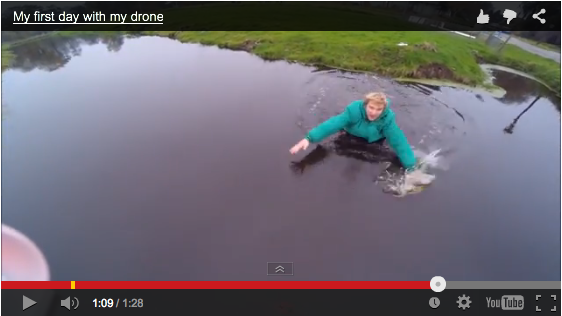 Drones are a big deal in the photography world at the moment. Just look at how much new drone stuff we saw at CES last week. But, despite being the hot new piece of gear, they do have a bit of a learning curve. And this Youtube user found that out the hard way when he almost sends his new DJI Phantom 2 into the drink on its maiden voyage.

The video is currently making the rounds on the internet, so it gets the omnipresent disclaimer about how it might just be a “viral” fake. Still, it looks pretty real and it acts as a nice reminder about how easy it is to nuke a piece of equipment when you’re sending it off on its own into the friendly skies.