How long before this technology comes to your smartphone? 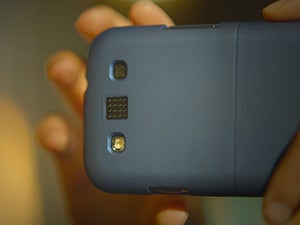 There’s been a renewed interest in light field photography recently, with reviews of the Lytro Illum starting to appear. But Lytro isn’t the only company working on this sort technology, and Pelican Imaging now has a gallery on its site demoing images that you can adjust the focus and depth of field with.

The Pelican Imaging sensor is functionally quite different to the Lytro. Rather than having an array of sensors behind a single lens, the Pelican uses an array of lenses, each with a tiny sensor. This allows for it to take up much less space, and potentially even fit on a smartphone.

It’s also interesting to see the different ways that Pelican and Lytro have implemented interacting with the images. With the Lytro, in addition to just refocusing, you’re also able to move around in 3D space. The Pelican images do that to a much lesser extent, but they do offer some incredibly neat other features. There’s a slider to manually adjust the depth of field, as well as the ability to see the raw depth information, so you can see how they’re placed in space.

While much of this is slightly gimmicky right now, the real usefulness of a camera array like this is that it would save you from having to focus an image before you shoot. On a smartphone, the fewer moving parts and thinner the components, the better. And saving a fraction of a second without the camera needing to lock on to focus is definitely appealing.