Lenka iPhone App Is An Exercise In Black and White Minimalism

No filters, no flash, no front-facing camera 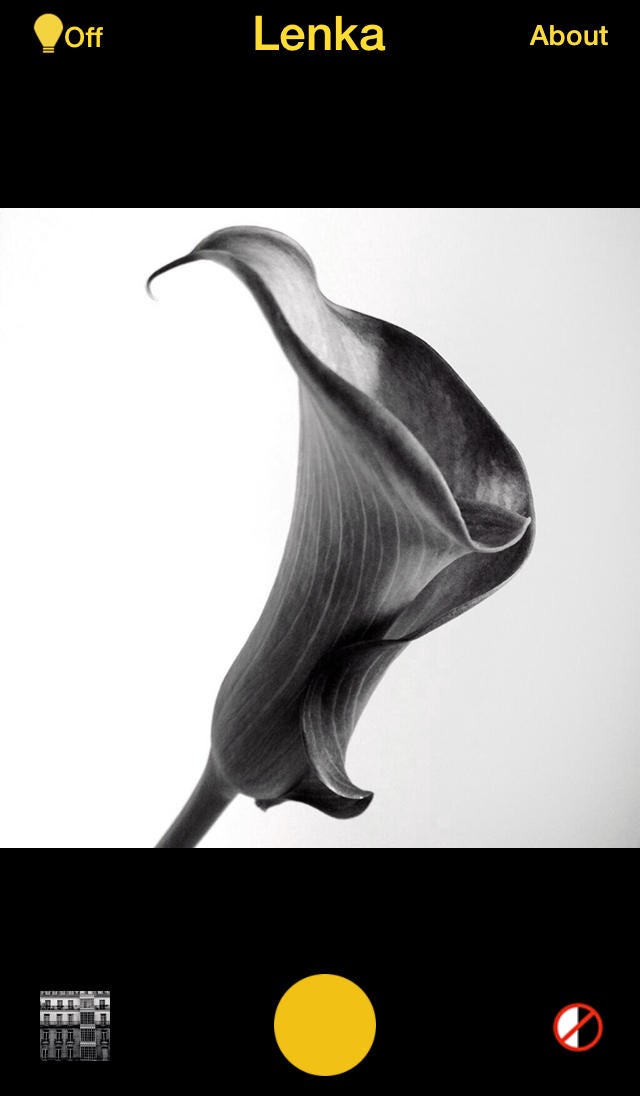 Amidst the sometimes-overwhelming number of filters and editing controls that apps like VSCO Cam, Snapseed, and Instagram can provide, Lenka is a new app that pares everything back to its most basic levels. Lenka is an app for shooting black-and-white images, and it does so with a minimum of fuss, bother, or extraneous elements.

This $2.99 app can shoot in normal black-and-white, or in high-contrast mode. You can use the LED flash as a source of constant illumination, but not for a flash. No front-facing camera with this app. You can shoot either normal ratio or square, and the editing tools will let you crop, rotate, and share to Instagram.

That’s it. No scrolling through long lists of filters, and no tweaking contrast or saturation. It’s shooting pared back down to its basics, with an emphasis on classic, monochrome imagery.

The problem is if that’s worth $2.99. There are already a number of popular black-and-white photography apps for the iPhone (Hueless is fairly well known), and many apps will let you transform your image to black-and-white. At least the advantage over something like VSCO Cam is that Lenka shows you what’s going on in real time, rather than having to later apply a filter.

But when it comes down to it, the iPhone isn’t particularly adroit at monochrome photography. Without the ability to tweak sharpness, highlights, shadows, and the like, you can’t massage the factors that make black-and-white photos really stand out. You can’t force super deep blacks (or crush them, if that’s your style). The dynamic range on a smartphone is pretty limited, so even in low contrast mode it’s easy to lose highlights.

There’s definitely something to be said for shooting with constraints. By limiting yourself this way, it forces you to take a more thoughtful approach to your photography.