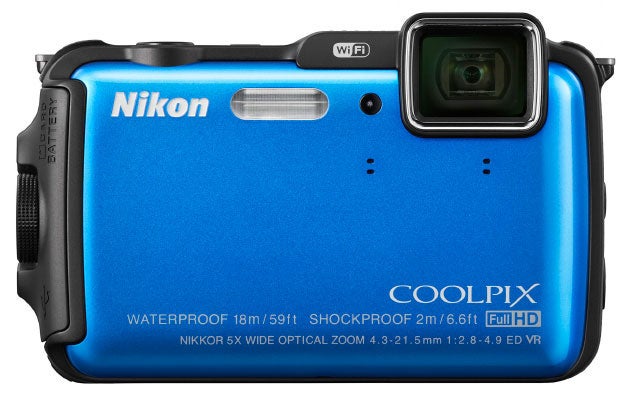 Compact cameras are still alive and Nikon just announced several of them in anticipation of the CP+ expo. Here’s a rundown of the new stuff.

The AW series has been rather successful for Nikon and now they’ve updated their rugged camera for th enew year. It has a 16-megapixel senseor and a 24-120mm (5x) zoom lens. You can drop it from 6.6-feet, take it up to 59-feet under water, and freeze it down to 14-degrees F. It also has Wifi. So, while it’s a pretty granular update, we should be used to that in the compact market at the moment, especially with cameras that were already solid. It will cost $349 and come in Orange, Blue, Black, and camp starting in March.

The S32 is the entry-level waterproof camera meant for beginners and even kids. It’s waterproof to 33-feet, shockproof from five feet and has a 13.2-megapixel CMOS sensor. It even has 3x optical zoom, which isn’t bad for the low price of $129. It’s a perfect kid camera.

With an equivalent focal range of 24-1440mm, Nikon’s super zoom is in the increasingly popular 60x zoom territory. It has a 3-inch LCD screen that rotates and built-in Wifi. It also does 1080 video at 60i, which is also becoming more popular. It will cost $499 later in February.

Long zoom in a more traditional compact body, this camera gives 30x optical zoom (25-750mm). Otherwise, it’s very similar in specs to the bigger P-series cameras. It has the 16-megapixel BSi sensor and 3-inch screen, as well as built-in GPS. It will cost $349.

The last new camera is an advanced compact meant to compete with others like Canon’s S-series. The updated P340 has a larger 1/1.7″ BSI sensor with 12.2-megapixels of resolution. It’s common to see fewer pixels in cameras like this in an effort to improve low-light performance. The 24-120mm lens has a maximum aperture range of F/1.8-5.6 and the camera also has built-in Wifi. It will cost $379 when it launches in March.