2013 Gift Guide: What to Get The Serious Photographer In Your Life 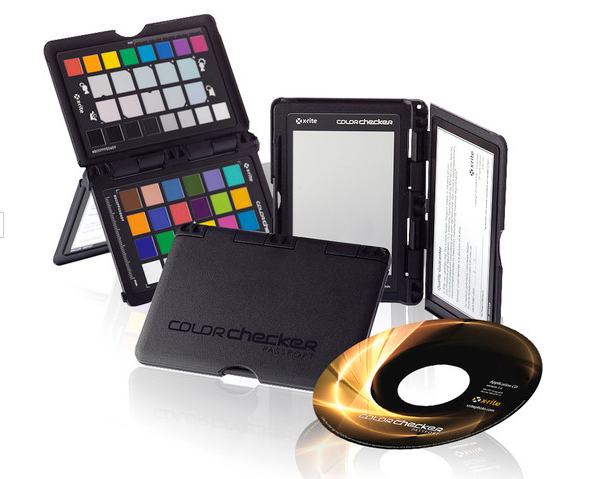 _Shopping for a photographer can be tricky. The gifts we like might not seem very flashy, but they’re often extremely useful. So, rather than opting for a novelty or an impersonal gift card, we’ve put together a list of things a serious camera geek would be excited to unwrap. _

_Often, they’re things we need and love, but hate buying on our own. Many of you know the pain of dipping into your lens savings fund when you have to buy something like a new hard drive. it’s not fun. And that’s why these are great gifts. They’ll get used and abused. And that’s the way it should be. _

Gaffer’s tape is an essential piece of every photo kit. You can use it to hold a flash in place, cover up the logos on your camera, mend a broken strap, repair a snapped camera bag strap, and the list goes on. Micro Gaffer Tape comes in an assortment of colors. You can get black, white, and grey, but it also comes in neon colors in case you want to make it visible.

It’s not as exciting to unwrap as a fancy lens or other more expensive kit, but it might actually save the day somewhere down the road. Because after a while, every dedicated photographer ends up with at least one piece of gear that’s held together by gaffer’s tape.

Oh, and if you’re thinking of substituting with duct tape, don’t. Duct tape isn’t meant tone removed so it leaves sticky residue all over your gear that can ruin it.

Lens caps get lost, even back caps, and that’s where Lens Bling comes into play. Each cap is clearly labelled with the lens’s focal length, making it easy to identify in a camera bag, even if it’s sitting face down.

You’ll have to do a little research to find out which lenses your giftee actually owns, but getting a photographer talking about their lenses isn’t typically a difficult task to accomplish.

The Super Clamp and others like it have been around for quite some time, but not every photographer is aware of how useful it can be. The clamp itself can tighten around anything that fits into its jaws. Once attached, you can use it to support a camera or a flash in a position and location that might otherwise be impossible.

They’re small, light, and easy to carry around, so they make you feel a photograph MacGuyver.

The worst part about light stands is dragging them around to locations. LumoPro’s 7.5-foot stand folds up to be less than 20-inches long and weighs just over 2.5-pounds. It’s built to be extremely sturdy and comes with a strap that attaches, making it easy to carry.

They have also added some spikes to the feet, making it capable of staying upright without sandbags in conditions that would send other stands flying. If your giftee does a lot of shooting on location with speedlites, this is a perfect gift.

Back in the day, a big brick of film made for a great present. This is basically the same idea, only now the whole package is a lot smaller. If you’re going to buy someone some memory cards, make sure you check out which camera they have so you know whether to buy an SD or Compact Flash card. While getting the fastest card is a great idea, the biggest cards might not be ideal.

Lots of photographers prefer a whole bunch of smaller cards to one big one because then a failure doesn’t lose a whole day of shooting. A fast, 8 or 16 GB card will never go unappreciated.

Color accuracy is a crucial part of photography, and one way to ensure it happens is with a color chart like this one. The whole thing is about the size of a passport (hence the name) and includes color swatches that can be used to nail white balance when post-processing.

By targeting the little colored squares, the software can figure out exactly what color the incoming light was. That makes it useful for just about every photographer from the portrait shooter to the landscape artist. I

A photographer can never have enough hard drive space. The photos just keep coming and they all need a place to live, so the more terabytes to which one has access, the better.

When looking for a good hard drive to gift, consider what you want. A desktop enclosure can have more than one drive which is good for security, but that means they aren’t portable. A portable drive is great for backing up on the go, but if it’s stolen or lost, your giftee is out of luck.

These things are notorious Black Friday fodder, so keep an eye on the sale papers and you might be able to get a crazy deal on a whole pile of storage.

Gregory Heisler’s 50 Portraits: Stories and Technique From a Photographer’s Photographer $24

There are a lot of very good photography books released each year, but Gregory Heisler’s is rather outstanding. He takes 50 of his portraits and explores the circumstances under which they were taken. Then, he talks about the techniques he employed to get each photo.

There aren’t any lighting diagrams and the technique talk is a bit vague, but that’s by design. It’s a fascinating read presented in an oversized book that looks spectacular. It’s like giving a photography technique book and a piece of art in one.

Card readers break. It’s their thing. So, having a backup is never a bad thing. Plus, if your giftee is using a slow, old USB 2.0 reader, the step up to a USB 3.0 compatible reader will speed up their upload process pretty considerably.

Look for something that’s compact, but sturdy. Most of them are black, which looks nice, but makes them a little tricky to find. Sandisk and others make some that are white, which I prefer. Then again, they can always use some of that Micro Gaffer tape you gave them to make them stand out.

Most photographers have a reflector in their collection of gear, but they’re often bought as an afterthought. They’re wrinkled, torn, and in all sorts of disrepair. Profoto’s relatively new line of reflectors are built for battle. They use sturdy frames and burly handles that make them extremely easy to hold, even in windy conditions

They’re about 31.5 inches across when unfolded, but curl up to about the size of an apple pie when collapsed. They come in a variety of colors and sizes, but the white and SunSilver (a mixture of gold and silver) is extremely versatile.

You don’t need to be a professional photographer to make good use of a nice business card. If you want to take a portrait of a person and give them a copy, handing them a business card is a great way to stay in touch. Plus, if you meet someone and you want them to check out your work, handing them a high quality photo card is a great way to do that.

There are a variety of companies that make really nice photo-based cards. One of my personal favorites is Moo. They do some very clever things with your own photos.

I know, we said gift cards were a bit cheesy before, but this one has some thought behind it, so it will likely be welcomed.

More and more photographers are starting to flip their cameras over to video mode, and creating quality audio is one of the biggest challenges associated with shooting motion. Rode’s $99 microphone tries to solve that.

It weighs less than three ounces, doesn’t require a battery, and drastically improves the sound you’d get shooting with the built-in DSLR microphone. They get a nice mic that’s easy to carry around and you get the benefit of not having to watch their videos with terrible audio anymore. That’s the best kind of gift.

Batteries are a staple gift on Christmas for little kids. Their remote-controlled cars and video games require stacks of the things. But, many photographers go through them just as quickly. Speedlites and Pocket Wizards, among many other accessories, chew up AA and AAA batteries at an alarming rate.

The solution is a good set of rechargeable batteries. The industry standards are the Eneloop batteries. They hold a charge for a long time, juice up quickly, and last the longest. The downside is that they’re not cheap. That’s what makes getting them as a gift so great. It’s like you’re handing over years of light flashes for making photos, and that’s a thoughtful gift. AAs are the most common, so stick with a couple sets of those and a charger and you’ll be a holiday hero.