And it weighs a svelte 6.5lbs 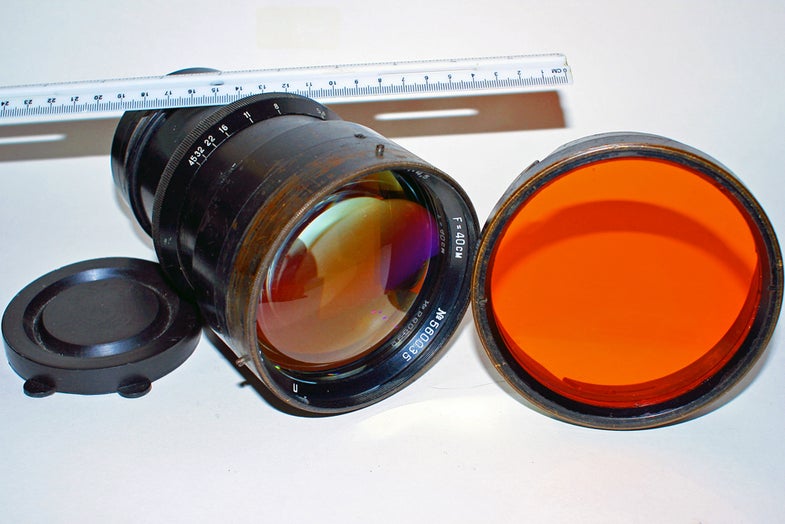 Every now and then, a unique or rare piece of photography gear pops up on eBay for an extreme price. But this Russian aerial lens might just take the cake, with a “Buy It Now” of almost $500,000.

With the auction written in half-broken English, it’s described as a “UNIQUE ANTIQUE 400mm AERIAL SPACE Lens LARGE FORMAT SPACE CRAFT AIR FORCE LENS”, and the asking price is $488,000. For that, you get a 400mm f/4.5 large format lens, which is apparently derived from German Zeiss lenses, but ” CRITICALLY UPGRADED to COATED PRECIOUS GLASS”.

While it does seem like this is a genuinely rare lens, that price does seem a bit astonishing. In the Q&A, someone who owns one themselves calls out the seller, claiming that their model (which is allegedly in even better condition) is valued at £8000 (around $12000). To which the seller replied “MUSEUM EXHIBIT… HISTORICAL RELICT… I DEVELOPED THIS PRODUCT FROM STRAY UNKNOWN LENS.”

Somehow, we doubt this lens is going to sell quickly for $488,000. It is a nice reminder, though, to be careful when you’re out there on the second-hand market.