Neurocam Lets You Control a Camera With Your Brain

Think something is interesting? Then the Neurocam automatically captures it 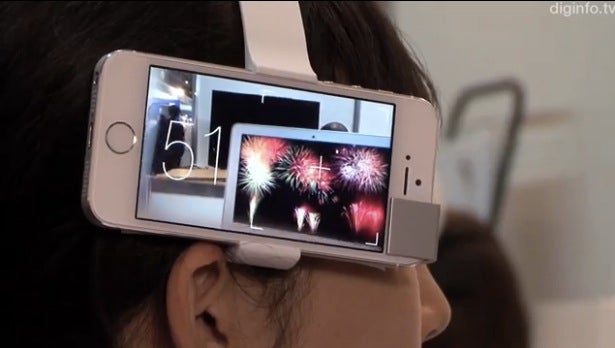 The Neurocam is a concept unlike anything else in modern photography. Rather than relying on you to press a button to take a photo (or use voice activation or any other sort of direct interaction), it instead measures your brainwaves, and then starts recording when your interest in something is piqued.

You can see the Neurocam demonstrated in the video below. Discovered by DigInfo at Human Sensing 2013, it builds on technology that we’ve seen harnessed for technology like the Necomimi and other neurowear projects. A sensor rig attached to your head measures your brainwaves, and codifies them on a scale of 1-100. Once it peaks past a certain point, indicating you’re sufficiently interested in something, it starts an attached iPhone to record a five second animated GIF.

While this concept is obviously a bit clunky and in its early stages, there’s room for a lot of interesting developments here. A lifelogging camera that rather than record constantly or at set intervals, would instead only capture the things that interest you throughout the day — creating a highlight reel of your life. And when you start to think that you might be wearing something like Google Glass on your head anyway, how this might be used seems to make some sense.