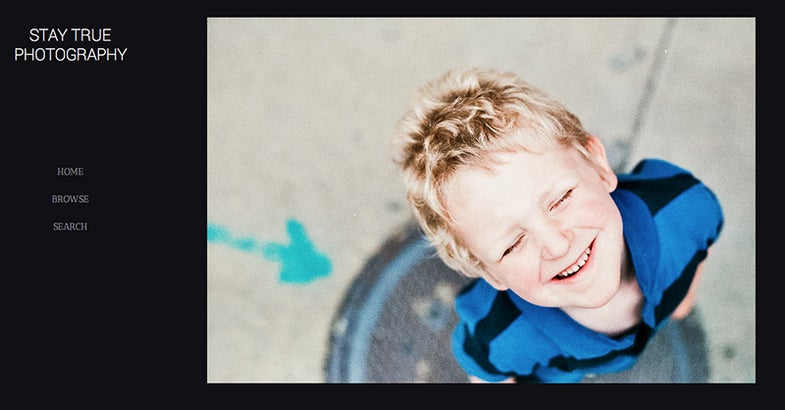 There are currently a lot of great options out there when it comes to hosting a photography portfolio, and now SmugMug has seriously stepped their game up in that arena with their new redesign. And according to the company, they didn’t just re-skin it, they rebuilt it from scratch.

When you sign up for the service, you’ll choose from one of roughly 23 different themes. There’s actually a very solid selection of options, many of which look very different from one another. Currently, Photoshelter’s Beam only offers four (though, they’re still in Beta), and even services like Squarespace offer fewer photo-specific layouts.

Each layout is extremely customizable. In fact, you could spend quite a bit of time tweaking the look of your site if you really want to. You can mess with colors as well as textures and background images, as well as the organization of your pages. The site versions are also responsive, which means they don’t get totally wonky when you look at them on a tablet or phone.

Like with other services, the designing process is simple drag and drop. If you have a lot of photos already in the SmugMug infrastructure, you should have no problem moving your photos around within the site.

Organization has gotten a revamp as well and looks a lot simpler than before, which is good if you have a lot of photos, which some veteran users do. They have also set up a “sandbox mode” in order to help users make the transition from their old site to the new one.

It’s hard to tell exactly how fast the sites will move since it was just launched and may be under heavy load at the moment, but things seem to be very snappy.

One of the things that’s missing that we’d love to see is a blog function. It seems like the bones of it are there, so we wouldn’t be surprised to see it coming in the future.

There are four different tiers of SmugMug accounts. The basic version starts at $5 per month ($40 per year), but doesn’t include the customizable templates. For that, you’ll have to jump up to the $8 per month ($60 per year) Power account. The Portfolio accounts cost $20 per month or $150 per year and include some photo selling options, while the $35 per month ($300 per year) Business account lets you use custom pricing and fulfillment options.

It definitely seems like a step in the right direction for them and I’m looking forward to trying it more in-depth.

What do you think? Are you current users satisfied with the changes? Are non-users tempted to try it out?

Also, check out their photo essay about the relaunch.