Shooting your self-portrait from a monopod at a high angle might make your photo look better, but it'll make you look like a fool 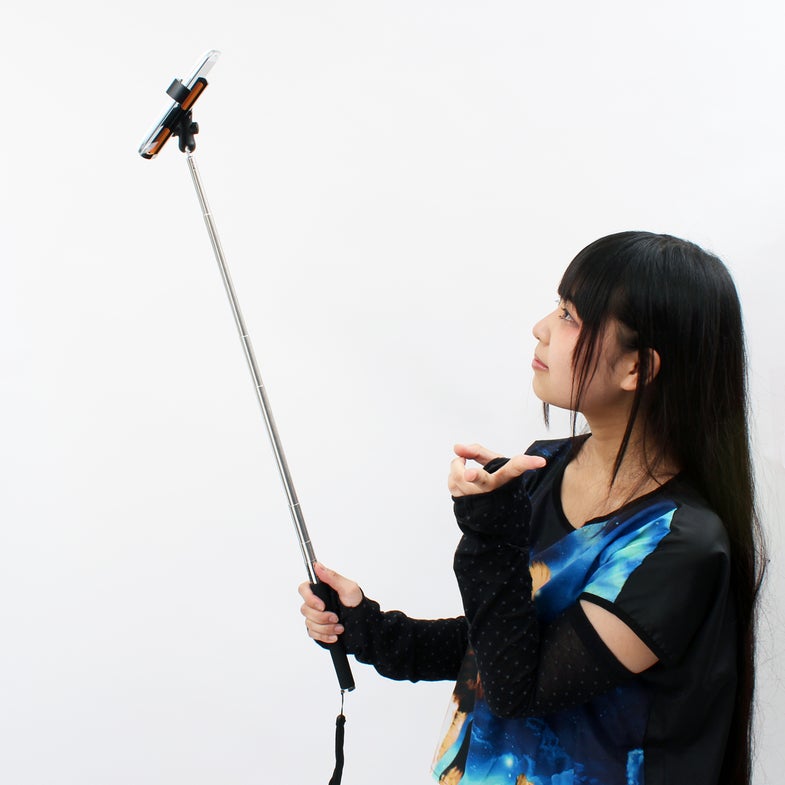 At some point in the mid-2000s, the confluence of cheap digital cameras and the nascent world of social networking sites meant that a lot of people were trying to figure out how to take self-portraits. Alongside the still widely used “bathroom mirror with flash” technique, the world discovered the “MySpace Angle” — images taken from a high angle could hide a myriad of flaws. So why not use a special stick to take the image from even higher?

The Thanko Self-Shot Stick does exactly what you might think. You put your smarpthone or small camera in cradle, and extend the arm from 30cm-120cm. Spotted by Akihabara News, the Self-Shot Stick goes for 1,980 Yen (around $20), and can hold an up to 500g (slightly more than 1lbs) camera. It even has a tripod mount for using lightweight point-and-shoot cameras.

It’s worth noting that action cam shooters typically use something like this with their GoPro cameras to capture pretty cool images. This thing, however, it built almost exclusively for selfies. And that’s just horrifying.