Poppy Kickstarter Makes Your iPhone Into a 3D Camera/Viewer

Taking a note from stereoscopic viewers, Poppy will let you see 3D content on your iPhone 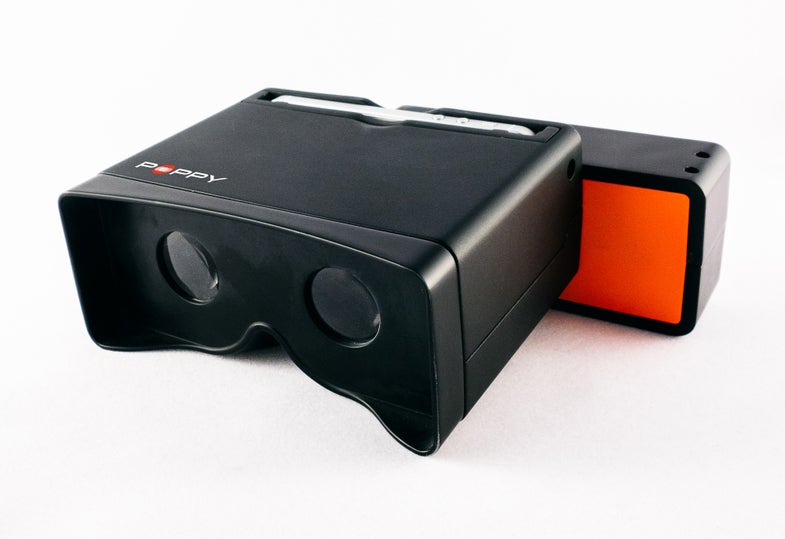 Poppy is a new Kickstarter project that’ll turn your iPhone into a not-so-distant relative of a Viewmaster or stereoscopic viewer. For just $49 in backing, you’ll get a gadget that not only lets your iPhone record 3D photos and videos, but also view it, too.

The technology behind Poppy is surprisingly straightforward, and is purely optical, requiring no batteries or connections. It splits the incoming light using a mirror system, so that two slightly offset images are recorded by the iPhone’s camera. On the other end, when you look at the photo through the eyepiece, like a Viewmaster the two angles are recombined into a single, 3D image.

The Poppy will work with the iPhone 4, 4S, 5 and iPod Touch, and all it takes is putting in the gadget, rotating the front of the Poppy, and hitting record on your favorite photo or video app. Sure, it’s a bit big and goofy, but it should be fun. As long as Hasbro doesn’t decide to sue.