Ever wanted to give time lapses a try? This video tutorial series from Laforet and Canon should get you started 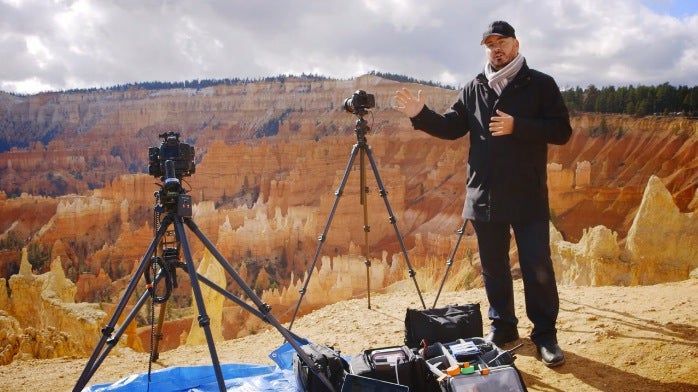 Earlier this year, Canon tapped renowned photographer Vince Laforet to explain the basic of time lapse photography on the Canon Tutorials site. Now Laforet has crossposted the first video from the series to his own blog, and has taken some time to delve into the specifics of the shooting rig that he uses.

There’s no denying the current popularity of time lapse photography, which we’ve seen cover every possible subject, from the construction of the World Trade Center, to the planet itself. Laforet’s videos delve into the basic nitty-gritty of what you need to know and do in order to successfully shoot time lapses yourself. Particularly interesting is his explanation of how to calculate the number of photographs you need to take in order to make the resulting images sufficiently smooth.

Laforet’s blog post also delves into the gear he uses to shoot, specifically his preferences for tripods (Manfrotto), and sliders (Kessler).

Laforet’s time lapses are absolutely breathtaking, but his setup of three Canon 5D Mark IIIs may be a bit beyond the reach of many. Remember, you can still shoot incredible time lapses using much more affordable gear. You can use old, cheap cameras and smartphone apps to control your shooting — and even use a kitchen timer as a panoramic mount!