Samsung makes a few minor updates to the NX1000 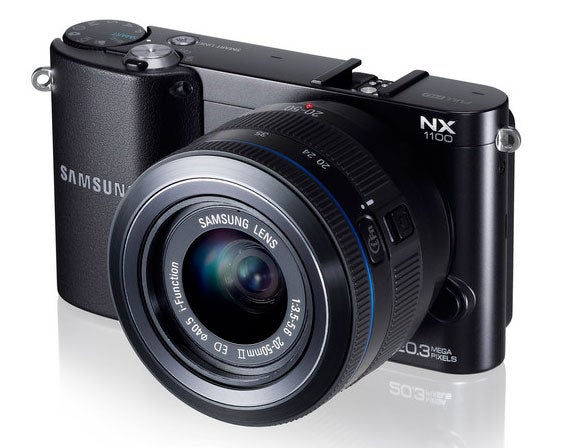 The release of Samsung’s latest ILC has been a bit tricky. The specs leaked out well before the official announcement, which eventually came rather quietly. Now, the NX1100 is official, though, and it has quite a bit in common with the NX1000 that came before it.

Like its predecessor, the NX1100 has a 20.3-megapixel APS-C sensor, a maximum frame rate of 8 fps, and 1080p video capture at 30 fps. Like almost all of Samsung’s cameras, it’s also heavy on the connectivity, using built-in WiFi to communicate with mobile devices as well as establishing a direct connection to the web.

Maximum ISO is now 12,800 and you still get a whole pile of smart auto shooting modes, including filters. The back of the camera has a 3-inch 921K dot TFT LCD, which should look rather nice if it’s anything like the one on the back of the NX100, which we assume it will.

It comes in a bundle ($700 in black or white) with the 20-50mm F/3.5-5.6 ED II lens, as well as an external flash unit that snaps into the cameras hot shoe. As a bonus, it now comes with a full version of Adobe Lightroom, which I think is an excellent decision.

Ultimately, it’s not hard to see why the announcement was rather quiet. There just aren’t a ton of updates, but we’re still interested to see how it really compares to the camera that came before it. Look for a test in the future.