The famed artificial intelligence of 2001: A Space Odyssey had a very valuable piece of glass at its heart 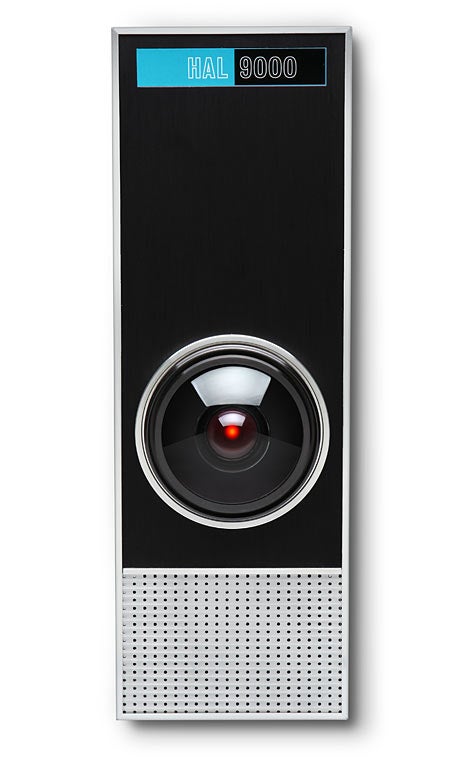 HAL 9000 is one of cinema’s most iconic villains. The all-seeing computer eye from Stanley Kubrick’s 2001: A Space Oddysey is as famed for his cool demeanor as for his baleful red glare. But that smooth piece of glass that made up HAL’s eye into the corridors of Discovery One? It turns out that’s a far more familiar — but still rather rare — piece of hardware. HAL was built using a Nikon 8mm f/2.8 fisheye, with an incredibly bulbous front element.

This bizarre little factoid came out of the company ThinkGeek, who make a replica HAL for sale.

Given that a Nikkor 8mm f/2.8 will generally cost you in the neighborhood of $2000-$3000, it’s probably better that ThinkGeek came up with their own version. According to Wikipedia, the original HAL lens and another prop were purchased for just ten shillings (£0.50).

For the iconic scenes shot from HAL’s point-of-view, Kubrick opted for a different lens, instead using a a Cinerama 160-degree Fairchild-Curtis wide-angle, as that was the only suitably wide option for the cameras he used.