The Spinlight 360 Will Grant You Modular Flash Control

By adding a modular mount to the front of your flash, the Spinlight 360 gives a much wider array of control 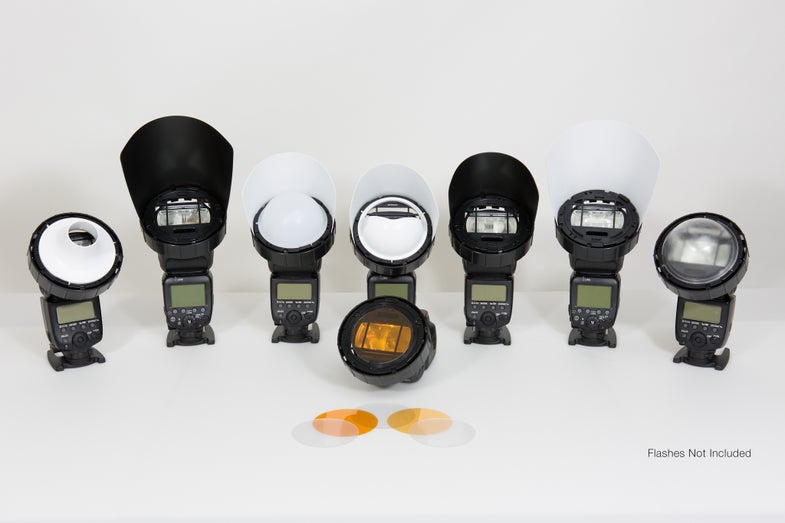 The Spinlight 360 is a modular and adjustable system of flash modifiers that doesn’t need to be completely unmounted when switching between various diffusers, bounce cards, and other miscellanea you may want to attach to your flash.

The Spinlight system can be used with most flashes, and adds a modular mount, one that allows you to easily attach bounce cards, gels, domes, snoots, and other bits and pieces. And since you can put more than one on at a time, you can mix and match for different effects.

At its best, the Spinlight 360 should allow you to quickly switch how you use your flash for differing situations, and cut down on the amount of gear you need to lug with you when out shooting.

For $150, you can get the Spinlight 360 Extreme, which includes an impressive array of different modular attachments. That $150 includes not just the Spinlight 360 itself, but also a snoot, a half dome, a white full dome, a clear full dome, velcro attachment, 6-inch and 4-inch black and white bounce cards, 3 clear gel disks, and two CTO gels. Between all of those attachments, you can aim, color, block, and change a flash burst in just about any way imaginable.

The Spinlight 360 debuted earlier this year, but has received a bit of a boost in media attention over the last few days. It’s an innovative concept, and the modular nature of the product is sure to have a lot of fans.