At Photo Plus, Samsung has unveiled two lenses for the NX series, as well as an updated range of SD cards 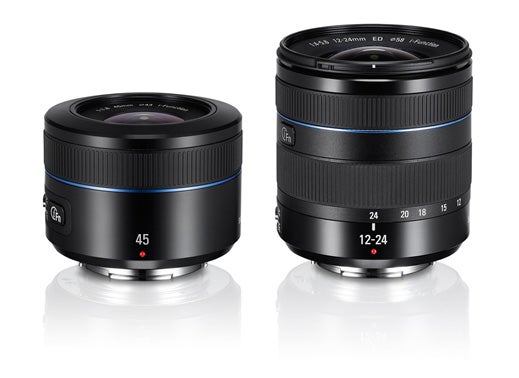 Samsung has announced that it’ll be expanding the lineup of lenses for its NX series ILC cameras, adding two new pieces of glass to the mix: a wide-angle zoom, and mid-range prime. Both will feature Samsung’s i-Function, which allow you to adjust camera settings by rotating a ring around the lens’s barrel.

On a slightly more prosaic note, Samsung has also boosted it SD card lineup, announcing a new “Pro Series” of SDHC and microSD storage. These new cards can hold up to 64GB, and have transfer speeds up to 80MB/s.

Designed to weather the elements, the pro cards are water resistant, shockproof (up to 3,200 lbs.), and magnet proof (up to 10,000 gauss.) The new SDHC cards will range in size from 16GB-64GB, and cost between $69 and $239 — so far the only microSD version announced has a capacity of 8GB, and no official price.