The company behind the JPEGMini compression engine are branching into mobile 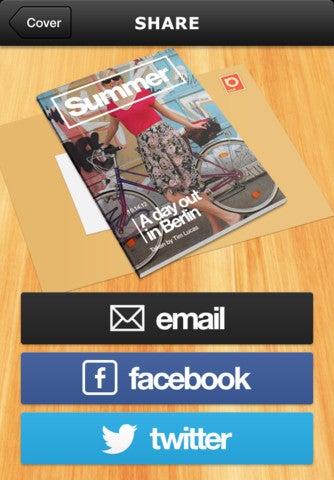 Last year, a new application called JPEGmini was released, which promised to compress image files by up to 5x without any loss in picture quality. While something of a success as a Mac app, that same technology is now being used in a new iOS app called Beamr. Available free on the App Store, Beamr will save your data cap by sharing images low on size but high on detail.

Once the app is on your phone, you select a group of images, which are assembled into a “magazine” and then can be shared over email, Facebook, or Twitter. Thankfully, no registration is required either to create or view the images, and what you’re sending out is a link to a site where the images are hosted, compressed down using JPEGmini technology.

The folks behind Beamr talked to PetaPixel earlier this month, and claimed that images could be transmitted up to 3x faster than normal, all while retaining the full 8MP size of an iPhone photograph — or even a 28MP panorama.

For heavy photographic work, JPEGmini might not be the best tool to get filesize down — but for easily sharing images over a mobile platform? It seems like a step in the right direction. Facebook had a reputation of pretty severely compressing and shrinking photos that were uploaded directly, and this is an alternative way of sending out your iPhone snaps at full size.