With more and more companies scaling back film production, Ilford appears committed to staying in the business 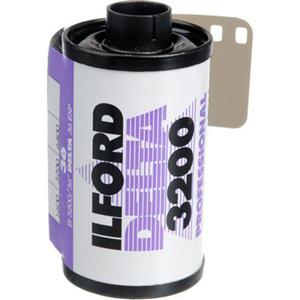 The last year or so has been particularly brutal for film lovers. We’ve seen Kodak kill the Elite Chrome 100, the Ektachrome E100G, Ektachrome E100VS, and Elite Chrome Extra Color 100, and look into selling its whole film division. Fujifilm has officially ended the less popular APS and cinema films — and just earlier this month we learned that Kodak has pulled the plug on the highly regarded and high-speed T-Max P3200. Thankfully, it seems one film company is sticking to their guns: the folks at Ilford.

According to ePhotoZine, Ilford has reminded customers that they still sell the Delta 3200 film, and that “they have no plans to discontinue their own film, and as with all their products, production will continue.”

Neither Ilford Delta 3200 nor Kodak T-Max P3200 are natively ISO 3200 films, but bother rather around ISO 1000, with the ability to be pushed comfortably to 3200 for low light shooting.

With both Kodak and Fujifilm frequently cutting back on the amount of film being produced, hopefully Ilford will be able to carve out a niche for itself, and continue offering options for those of use who are still analog.