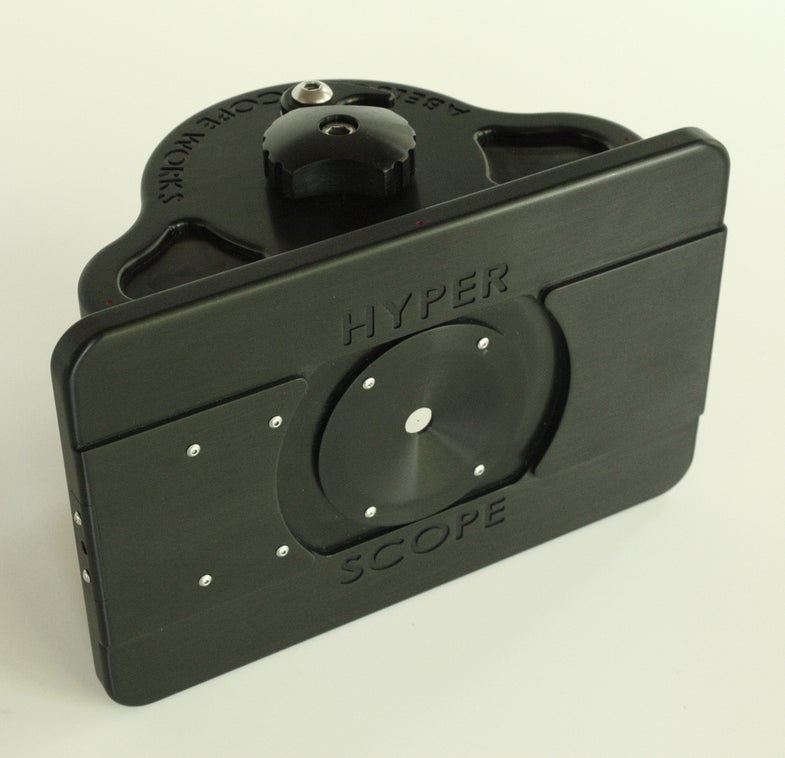 Matt Abelson is a genius of metal, a man who designs and crafts limited run and one-off cameras from his workshop in Massachusetts. He’s previously crafted bizarre creations like the Cuboid and the Hexomniscope — and his newest work is the Hyperscope, which intentionally bends film for a super-wideangle effect.

Like his other devices, he designed and crafted this himself, this time milling it from aluminum. He created a special mechanism to hold the film around the extreme bend of the rear of the camera, but then move it out of the way for the actual exposure. Loaded with 120 film, the Hyperscope can create four 6×17 exposures, each with around a 150° field of view.

While some of Abelson’s other designs have been released for sale, he said last year that the Hyperscope would be a one-off due to its complexity. Apparently it took him six months to design, and two years to successfully fabricate. Hopefully with a bit more attention, he’ll be convinced that there are enough oddball film shooters out there that there’s a market for a wonderfully bizarre camera like this.

This is hardly the weirdest object we’ve seen used for a camera — there are plenty of others out there who have stuck film in far more off-the-wall creations than this. If you are interested in shooting film, but want something a bit easier to get hold of than a custom milled, super-wide camera, here are a handful of great film cameras that are worth buying right now.