A purple tinted lens flare has users up in arms 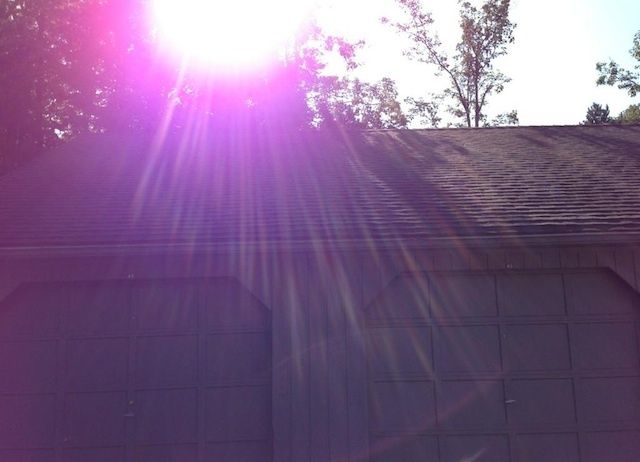 iPhone 5 users are noticing that shooting towards a bright light source is throwing a purple cast over all of their images and many of them are unhappy about it.

While shooting towards the sun might be pretty well understood as a bad idea for getting a good shot, this is worse than your traditional lens flare. If the light source is just slightly out of shot, it casts a purple pall over much of the shot. Not even JJ Abrams wants that much flare.

A wide array of tech blogs have picked up the news — but what’s not clear is what the actual cause is. Some might argue the problem isn’t really a problem, but enough users are noticing it that it deserves discussion. Currently, there are two main thoughts about what might be behind it. Some believe the cause is that Apple removed the IR filter on the iPhone 5 — however, if you look at Apple’s official comparison page, both the iPhone 5 and iPhone 4S feature a “Hybrid IR filter”. Now, that filter may have been drastically altered in order to save space in the iPhone 5, but according to Apple, the filter is still there.

The other dominant theory is that it’s a very severe combination of lens flare and purple fringing.

You can see more examples of the problem at the various links in the story. We’ll see if Apple weighs in on this, but we’d love to know what the experts in the audience think is the cause. Faulty glass? Chromatic aberration? Poor IR filter? Or something completely different?

One thing seems for sure, though, and it’s that new problems will continue to arise as we try to cram more and more camera guts into smaller and smaller spaces.

[image via Cult of Mac]