Carl Zeiss is not only going to be unveiling new glass at Photokina, but some of it will even have autofocus 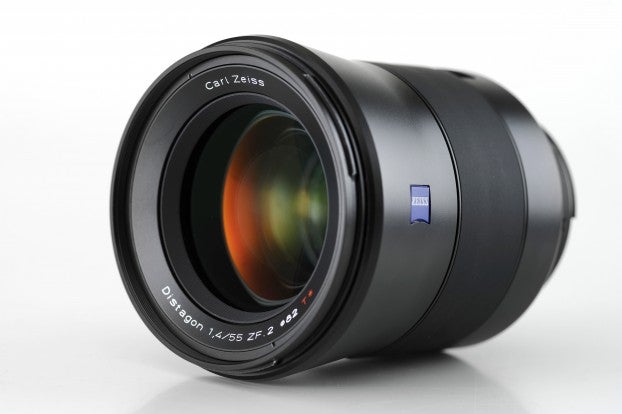 With Photokina 2012 just about a week away, manufacturers are starting to realease information about the new products they’ll be showing off. Over two blog posts, lensmaker Carl Zeiss has revealed a couple of specific details, some more general information, and one very tantalizing hint.

Chief amongst the announcements is the new lens we posted above, that’s a 55mm f/1.4 manual focus full frame lens for EF bayonet (ZE) and F bayonet (ZF.2) mounts. Zeiss claims the glass is “superior to conventional full-frame lenses, and it achieves with powerful full-frame, full-format cameras an image performance that until now has only been seen with medium-format systems.” Expect to see it on shelves in the second half of next year.

The other concrete announcement is the Apo Sonnar T* 2/135 cinema lens, which is Zeiss’ longest medium telephoto lens, and will be available this December for $2,000.

Zeiss also teased a number of other features, including an exciting move into autofocus lenses for mirrorless camera formats:

Finally, Carl Zeiss will be offering a “special surprise” for rangefinder users, saying that in 2013 “at least one fast lens with M bayonet will go on sale.”