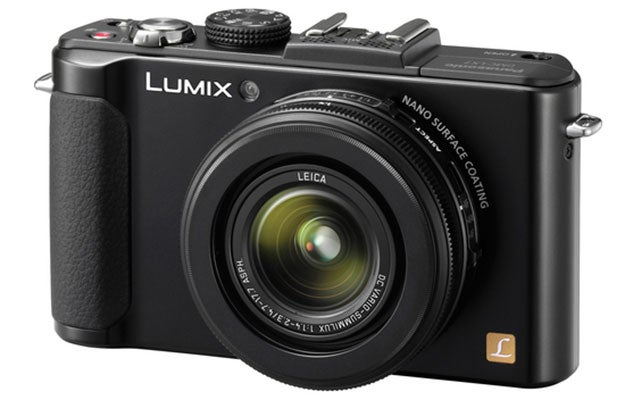 The Lumix LX5 has been one of our favorite compacts for a while, but now there’s a follow-up in the LX7.

Inside, it has a new 1/1.7-inch 10.1-megapixel MOS sensor, which Panasonic claims noticeably improves the signal-to-noise ratio from the LX5. paired with the new Venus Engine, it also gets improved noise reduction capabilities and a continuous shooting modes as fast as 11 FPS. Though, that drops to 5 FPS if you want continuous AF. Still not too shabby for a compact.

The lens is really the big draw here, though. It has a full-frame equivalent focal range of 24-90mm. At the wide end, it opens all the way to F/1.4, which is monstrous for a compact. Perhaps just as impressive is the fact that it only drops to F/2.3 when sooted all the way to the long end. The lens has 11 elements with nine aspherical surfaces and a dual-sided aspherical ED lens. Truly impressive if it can live up to what it promises on paper.

Because it’s an advanced compact, it offers a full suite of manual controls, as well as a collection of creative shooting modes. The Intelligent Auto mode has been carried over, as has the Intelligent HDR mode. It also captures RAW, which we’re glad to see at this level, even if many of the creative modes won’t be available outside of JPEG.

The three-inch LCD screen has 920,000 dots for composing your shots, but there’s also a built-in hot shoe, so you can add an electronic viewfinder later in if you want, which is an advantage it has over the new mega-sensor-toting Sony RX100.

There’s no official pricing just yet for the LX7, but it’ll definitely sit at the top end of the compact pile, which is quickly becoming the most interesting segment of the little camera market by far.