A combination of high-speed cameras, incredible lenses, and a custom designed rig make for some glorious slow motion ads. 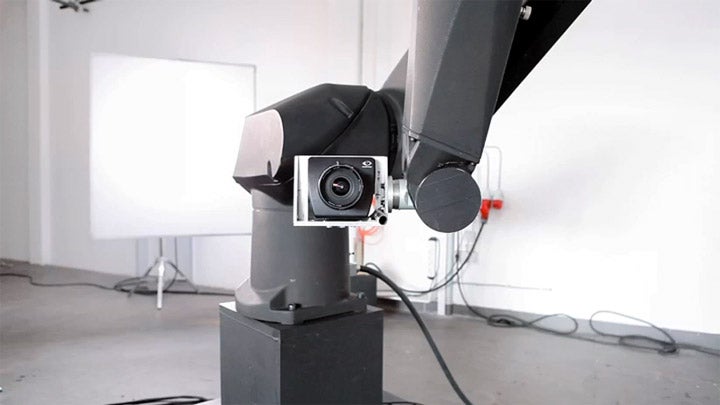 Have you ever wondered how they make those utterly stunning slow motion splashes you see in advertisements? It turns out it’s not CGI (well, not all of it), but rather an incredible German production company, with some of the most incredible gear we’ve ever seen. The show reel below is for The Marmalade, a group of specialists that combine fabrication, production, video, miniatures, and CGI to create ads like you can see above. But behind it all is a shooting rig that would make anyone drool.

The primary camera is a Phantom HD Gold, capable of shooting 1920×1080 at 1000fps, and famously used for the Discovery Channel’s Shark Week. On the front of that are Carl Zeiss Distagon lenses — and even more impressive is what’s behind it. The Marmalade didn’t want to be constrained by shooting from a stationary point, so built their own specialized high-speed motion control system: Spike. Able to be programmed to move incredibly rapidly and smoothly through 3D space, Spike is what allows The Marmalade to get incredible panning shots around high-speed, 3D interactions, like water droplets and smashing objects.

From a photography perspective, can you imagine having that sort of repeatable control for high-speed events? Being able to time a photo down to the millisecond, and then rapidly and perfectly reposition for the follow-up shot? And have it happen identically every time until the shot is perfect? Too bad Spike isn’t likely to make it to the consumer level any time in the near future. Quick, somebody make a Kickstarter.