Aardman Animations' most recent feature film saw them depart from the traditional cine cameras of stop-motion animation, and instead adopt DSLRs 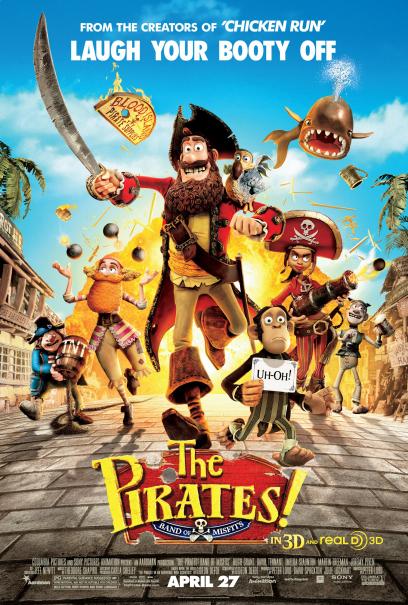 Aardman made their name with stop motion titles like Wallace and Gromit and Chicken Run — even moving CGI for Flushed Away — but their most recent title is a breakthrough in another way: it’s shot entirely on Canon DSLRs. The Pirates! Band of Misfits (internationally The Pirates! In an Adventure with Scientists) is the first stop motion film the company has made in some time, and they decided to go with the Canon 1D Mark III instead of the a standard cinema camera.

Talking to TechRadar, Aardman’s technical director, Tom Barnes discussed the advantages of using an DSLR. A big part of it appears to be how consistent the camera was between units, allowing them to shoot with 50 bodies, and have the shots all appear to be seamless. Another part is that they intentionally didn’t want a full-frame sensor, in order to better match the size of a movie film frame, and to get a larger depth of field.

The team also didn’t rely just on commercial lenses, instead scavenging the glass from existing ones, and building their own focus system and controls. They even had a special rig to automatically move the camera to a different position to capture a second image for 3D, and then back to where it started.

Aardman now has the cameras just sitting in a cupboard, waiting to decide what to do with them as they’re getting a bit old for much more work. I can think of somewhere they can send a couple…