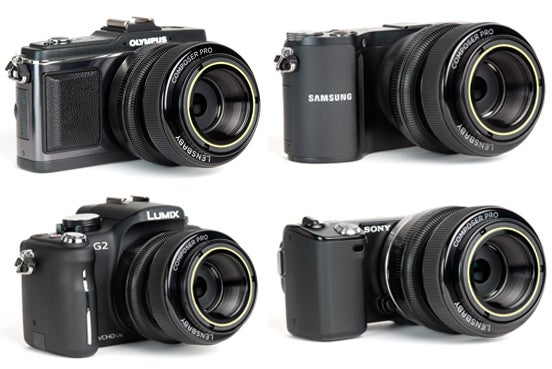 Just over a year ago, Lensbaby introduced the Lensbaby Composer pro for DSLRs, but now they’re letting ILC owners in on the action with a few new versions. You can now get a Sony NEX mount, a Samsung NX mount, or a Micro Four Thirds mount that fits Olympus and Panasonic cameras.

The mirrorless version is very similar to the DSLR model. It uses the same metal ball for focusing and tilting and uses the Optic Swap system which lets you trade out the glass for different effects. The Double Glass optic comes packaged with it, offering a focal length of 50mm and using interchangeable, magnetic aperture discs that go from F/2 to F/22. It weighs in at 4oz, so its small size should fit nicely with most ILC bodies.

The Composer Pro for Mirrorless Cameras is available starting now and brings an MSRP of $300. You can also step up to the Sweet 35 optic as part of the kit for an extra $100.