The uniquely styled camera is now shipping in the USA 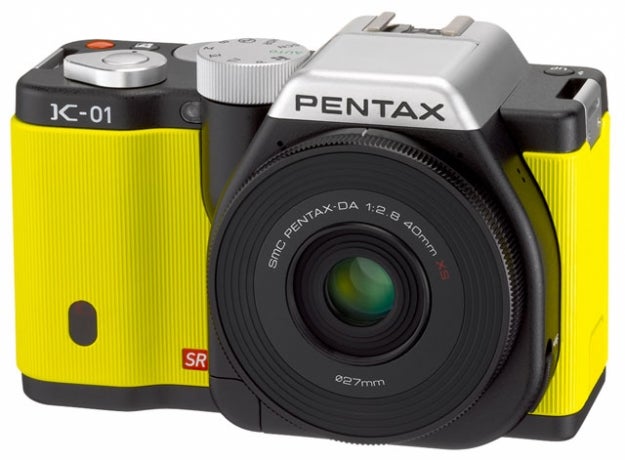 Pentax K-01 Interchangeable-Lens Compact When the K-01 popped out from under Pentax's veil, it got a lot of attention for its, um, interesting aesthetic. Some people love it, some people seem to really hate it, but the fact is that there's a pretty interesting little camera under that skin. It has an 16.3-megapixel, APS-C CMOS sensor with built-in image stabilization. Plus, it works with all of the current K-mount lenses. Despite having a high-res, 3-inch LCD screen, it's taking some early criticism for its total lack of an eye-level finder. When the K-01 arrives in March, it'll command $749 for the body, or $899 when coupled with the new 40mm XS pancake lens. **READ THE FULL POST HERE **.
SHARE

The Pentax K-01 made a splash when it was announced due to its unconventional design by Marc Newsom, but packs some decent internal features, too. Now, Pentax has just announced the availability of this camera, and it’s heading out to stores in the USA as we speak.