While globally just 22.7% of the market, Japan appears to have an insatiable appetite for mirrorless cameras, which are almost at parity with SLRs 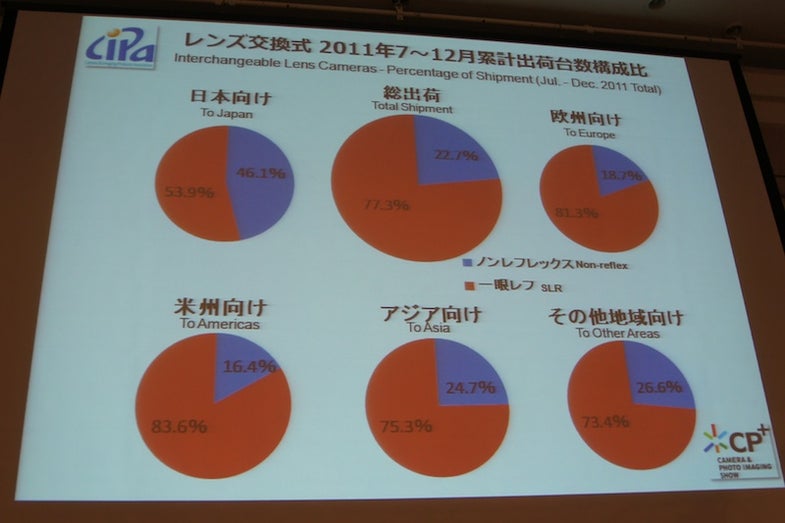 At CP+ in Japan, the Camera & Imaging Products Association gave a press conference on non-reflex cameras — what we at PopPhoto call ILCs: interchangeable-lens compacts. It’s a market that’s skyrocketed in the last few years, and now almost every major producer has their own. So how are these models doing in terms of sales? The charts above show a snapshot of the second half of last year, and it’s clear that they’re performing better in Asia than the West, but Japan is where they truly excel.

The Americas are the region where the format is the least successful, pulling in just 16.4% of the market, roughly 6% below the international average. However, the only place where ILCs are really doing well is Japan, where they already make up a whopping 46.1% of sales — that’s remarkably close to level with SLRs.

So why the disparity? Is it because the companies behind these cameras are generally based in Japan, and can make more concerted pushes there? Or is it Japan’s famous love for miniaturization? Maybe they’re just ahead of the curve, and in a couple of years the rest of the world will be in a similar situation. It’ll be interesting to see how the next few years play out.