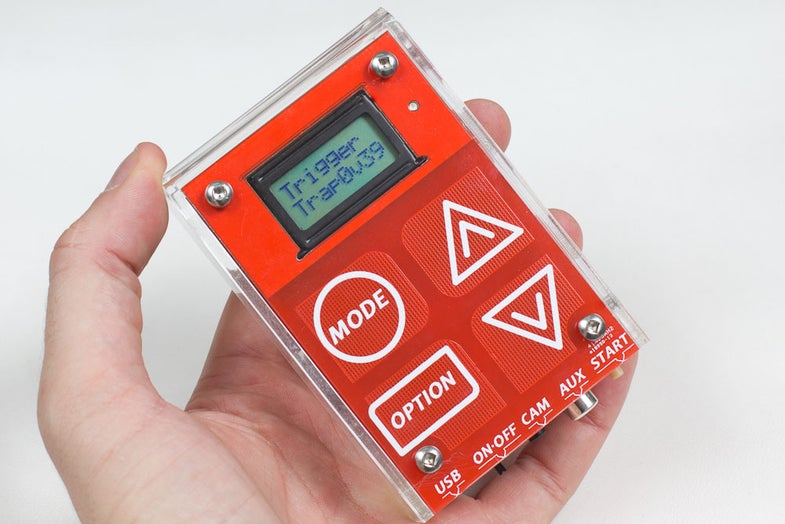 The Kickstarter funded Triggertrap is camera trigger which thanks to the addition of an auxiliary port can plug into a near infinite array of different sensors, as long as you have the technical know-how to solder together the gear in the right way. But by far the most wonderful and bizarre idea the folks at Triggertrap have suggested is what they’re calling the Wobbly Photo Booth.

By wiring in an inexpensive Alcohol Gas Sensor, the camera will automatically trigger when someone who’s drunk enough blows on the hardware. Rig the whole thing together into a photobooth, and you have the exact opposite of the Norte Photoblocker, a piece of gear that celebrates drunken photography rather than stops it. Sure, you could use it for far more responsible tasks than that, but where’s the fun in that?

If this is enough to pique your interest in the Triggertrap, the now funded project is selling completed kits for $125 or an Arduino shield for $49. Alas, you won’t see them until February, so your New Year’s party won’t be graced with a drunken photobooth.