Samsung has patented a new technique of creating fake depth-of-field on compact cameras — by using a second lens. 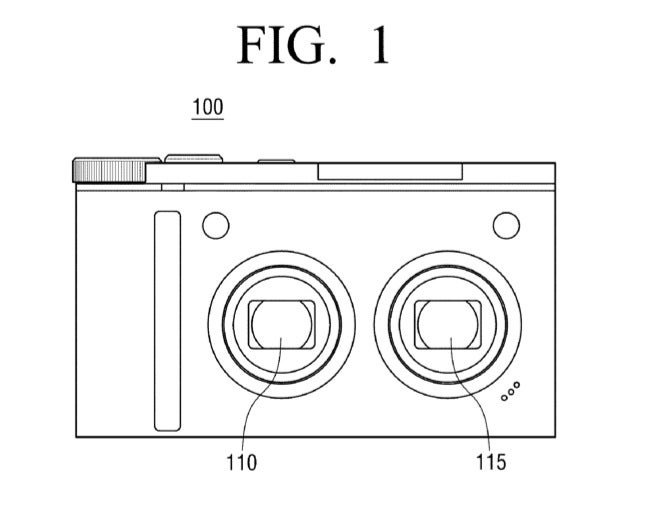 Large electronics corporations make it a policy to patent anything and everything they can think of — even if they’re not going to ever use it. This Samsung patent is frankly bizarre, but interesting enough that it deserves talking about. As spotted by PhotographyBay, the patent is for a compact camera with two lenses slapped on the front. The common problem with compacts (and cell phone cameras) is that their small sensors prevent you from creating shallow depth of field. In this hypothetical cam, however, the high resolution lens captures the image normally, and the offset low resolution lens then takes a second snapshot — and from the difference between the two, it calculates how far away everything in the field is. From this information, the camera can then digitally blur the background, invoking a false depth-of-field effect. That’s right, it’ll just blur out the background.

This is very different from the Lytro, which captures the entire light field of an image at once, and can then focus and unfocus on various areas, creating a true depth-of-field. It’s more like the Fujifilm Real 3D W3, but instead of using the second lens to create a 3D photograph, it uses the information to calculate distance, and blur out the background.

If this patent ever did come to market, I wonder if the two lenses wouldn’t be large and side-by-side like the example at the top, but rather if the low-res one would be a small, cellphone style lens, tucked away somewhere where it’s not too intrusive. We also wonder if it would make both images available after the fact so they could be combined in software, because feats like this are almost always better performed in a computer instead of in the camera.