Japanese band Androp have made an incredible music video using a backdrop of 250 Canon 60Ds firing off their flashes at precisely timed intervals. 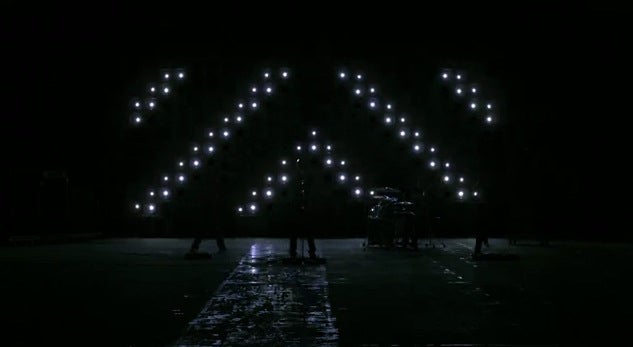 Sitting Behind the band Androp is a bank of 250 Canon 60D DSLRs, all rigged up together via arduino and some pretty sophisticated software in order to fire off their strobes and precisely controlled intervals — effectively making each flash a single pixel in an incredibly bright backdrop. It’s not quite the world record of 300 flashes fired simultaneously, but it’s still extremely cool to watch.

The single is called “Bright Siren”, and whoever programmed the lighting sequence obviously knows their job extremely well — there are some very cool (and slightly seizure inducing) animations and sequences during the music video.

Since they used cameras and not just the strobes sitting on their own, you have to wonder if every time the flash was fired, a photo was taken as well. Think they’ll release all the images at some point?

There’s a behind the scene video after the jump.