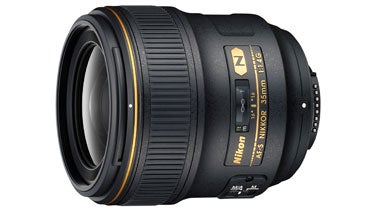 Both lenses are familiar focal lengths for Nikon, but they add brand new features like Nikon’s Nano-Crystal coating and Super Integrated Coating to cut down on lens flare. They also employ a nine-blade diaphram to help improve separation between subject and background. Here’s the breakdown on the new glass.

The 35mm f/1.4 (52.5mm DX equivalent) replaces one of Nikon’s most popular lenses bringing with it the often-requested Rear Focus system that eliminates the need for a rotating barrel in the front. The new 35mm f/1.4 joins two other 35mm Nikon lenses, including the 35mm f/2 lens and the 35mm f1.8 DX lens.

Its wide maximum aperture makes it great for environmental portraits and should also fare well when the camera switches into video mode. Additionally, the lens’s 10 optical elements ensures the elimination of coma and aberration, even when used at its widest aperture

The Vibration Reduction is capable of correcting up to four stops to helps create blur-free images and also features a Tripod Detection Mode which helps compensate for the minor shakes that can happen when the camera is mounted.

It is constructed of 13 optical lens elements, including three Extra-low Dispersion elements and one Super ED glass element, which helps to explain it’s pro-only price tag. Additionally it features Nikon’s Internal Focusing system, which allows the glass elements to move without changing the length of the barrel. Expect to start seeing it on store shelves in early October for $5999.95.