Microsoft Vista: What’s in it for Photographers?

Ignore the hype, or rush to upgrade? We take a photocentric look at the new Windows. 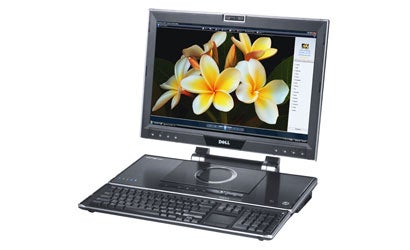 Microsoft worked very hard to make sure its customers (that is, most people) knew that the launch of Windows Vista, its new operating system, was a Really. Big. Deal. Since the company dominates the world of computers, it’s hard to avoid the hype. But what’s really in it for photographers? Is it time to begin the sometimes arduous, occasionally simple process of upgrading? Or should you wait until you happen to buy a new machine that has Vista already installed?

We test-drove Windows Vista Ultimate on the powerful Dell XPS M2010 (from $2,999, direct). While we can’t say how much those three dimensional cascading windows will change your life, we can tell you what the new system offers photographers.

The Windows Photo Gallery is probably the biggest photorelated feature to come installed with the OS. Vista’s new picture organizer and browser might not be totally unusual or innovative, but it’s very functional and slick — and having it built right into the system sure is a plus.

It’s easy to rate your photos and add keywords. All that tagging you do to your JPEGs gets written to their IPTC metadata. That means that not only will your addendums be transparent to Adobe Bridge, Photoshop, and other IPTC-friendly programs, they’ll also be searchable on an OSwide level. So if you tag a bunch of JPEGs with your puppy’s name, you can find them through the start menu without even opening a browser.

This incarnation of Windows also marks the first time that PC users can burn DVDs without separate software, and Windows Photo Gallery takes full advantage of that fact, allowing you to make slide shows and videos and save them on a disc. If your workflow doesn’t include some of the more basic stuff, such as a quick-fix redeye remover or a way to compose a swift and simple picture-filled e-mail, the Gallery will be a welcome addition.

And not to worry: As with a lot of new imaging software, all of your fixes are nondestructive — you can always go back to the original.

As in Vista’s predecessor, XP, Windows will automatically import your photos for you when you insert your card into a reader or connect your camera. But unlike XP, Vista will no longer ignore RAW files. That’s convenient — though before you import the first time, open the Picture Gallery and set the Import Preferences to keep the original file name. If you don’t, the default setting will rename your photos sequentially starting with 001. That may be okay the first time, but you probably don’t want to end up with a 001.jpg for each batch of photos you offload.

It was annoying that XP had no idea that, say, a CR2 file or NEF file was an image. Vista attempts to solve that problem, as well as the problem of not-yet invented, potentially unrecognizable file types with its Windows Imaging Components system. The good news: Anyone (such as a camera manufacturer) that makes a file type can also make a little piece of software, called a codec, that explains that file type to the OS. The less-good news: Since the camera-makers are responsible for keeping their codecs on their websites, Windows Photo Gallery may or may not lead you directly your codec’s download site. If it doesn’t work, chances are a bit of Googling will turn the codec up.
Once you get it installed, you’ll be able to see unadjustable previews of your RAW file in Windows Photo Gallery and throughout the operating system at large.

|| |—| | | Get organized: The Media Center (top) lets you browse photos (videos and music, too) in a streamlined, dedicated environment. It’s easy to organize, tag, and rate your pictures in the new Windows Photo Gallery (bottom).| 3. Media Center Fun

Now there’s no need to buy a special Media Center PC to get its functionality — as long as you buy a higher-level version, that is. Home Basic not only lacks the sleek Aero interface and 3D programswitching, it’s missing the superfun Media Center. Upgraders to Home Premium or Ultimate will get all that included.

The best part of the Media Center for photographers? Connect to your TV and you’ve got an awesome, easy way to show your photos and make great-looking on-the-fly pan-and-scan slide shows. You can also play all your music and sort it by album cover, and use your computer as a DVR, but that’s another story…

What’s nice about this version of Windows is that built-in programming will help photographers in the future. Not only can you be relatively sure that your RAW files will be supported, you can also look forward to better color management. Microsoft has developed the Windows Color System, which will take advantage of soon-to-come higher bit-depth displays and printers and be ready for more extensive use of High Dynamic Range imaging. Okay, it’s not all here yet. But already makers of color management and display calibration systems can use WCS to make their products work better.

With Vista, Microsoft has opened the door, and PC-oriented photographers will have to wait until the people who make all the software and gear we use every day walk right in. Until then, we’ll just have to enjoy those cascading windows. 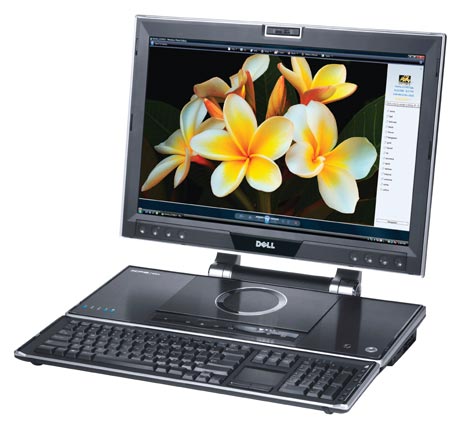