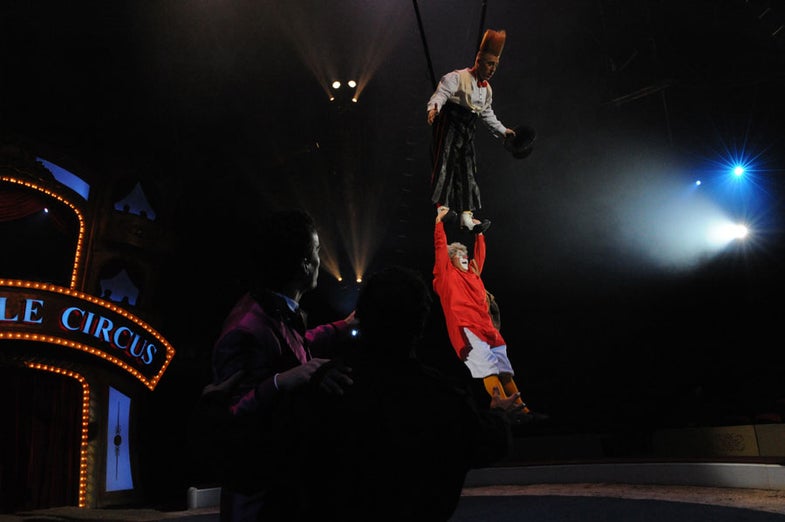 Wanting to get enough depth of field for the ringmaster and other performer, as well as Bello and the other clown named Grandma, I took advantage of the D3S’s high ISO to use a small enough aperture, while maintaining a fast enough shutter speed to stop the clowns as they bounced on the bungee cords. Shot with pre-production Nikon D3S, 24-70mm f/2.8G ED zoomed to 32mm at f/16, 1/250 second, ISO 12,800, handheld. Philip Ryan
SHARE
Photo Of The Day