The wildest photography gear up for auction this week. 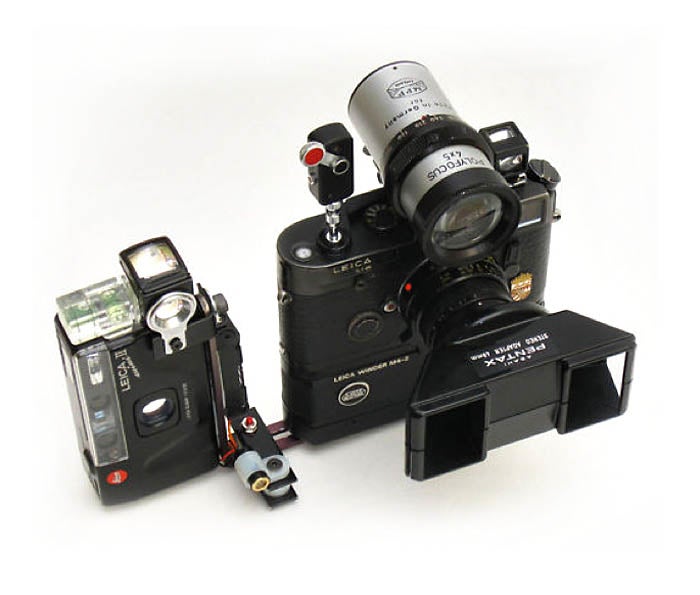 Franken-Leica/Linhof M6 with Winder, Mini II and Zeis Rig****- $500,000.00 or Best Offer We wonder if Ebay seller Chris-ny1000 accidentally tacked on an extra zero to this auction, because half a million dollars is pretty pricey, even by Leica-standards. According to the seller this is a one-of-a-kind set-up. Not only did it apparently win a bronze medal at the Leica Beauty pageant (we're totally going to the next one), but it also sports the coveted Linhof crest on the front of the camera body. But what really makes this half a million dollar rig special is the fact that it "has features that no other Leica M rig in the world has or will ever have, like the ability to shoot on two film types simultaneously on asynchronous triple frame stereo with dual winder film advance." Included in the auction in addition to the crested Leica M6 body is a laser-assisted focusing mechanism, mechanical and electronic timers, a data back, five batteries (including Rite Aid AAA's), five different viewfinders (including a zooming one), two angle finders and a Pentax stereo attachment.
SHARE
Ebay Watch
gear