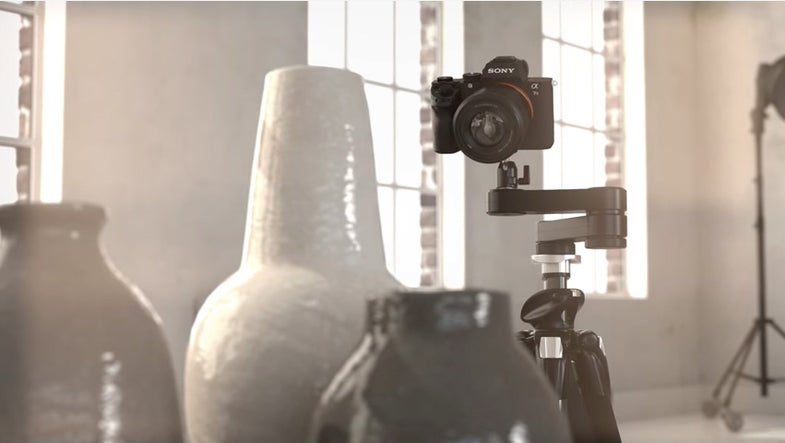 When shooting still photos, we will go to pretty great lengths to prevent the camera from moving. With cinema and video shooting, however, camera movements are a regular part of the process, and doing it right can involve some rather fancy equipment such as sliders and rails. The Edelkrone Wing, however, provides a pretty interesting alternative that’s simple and really compact.

The device is basically an aluminum arm with gears inside and a pivot in the middle. As the arm moves, the camera slides back and forth along a straight line the way it would on a slider. It has a total movement range of 16 inches, so it’s not a huge amount of reach, but it’s certainly enough to create a noticeable sense of camera movement.

The Wing can handle up to 3.3 pounds of gear, so you can’t put a huge camera rig on it, but it is compatible with a variety of cameras, including smartphones and action cameras. It weighs just 1.2 pounds and it folds up to be less than 6 inches long, so it’s decidedly easier to carry than many full-sized sliders.