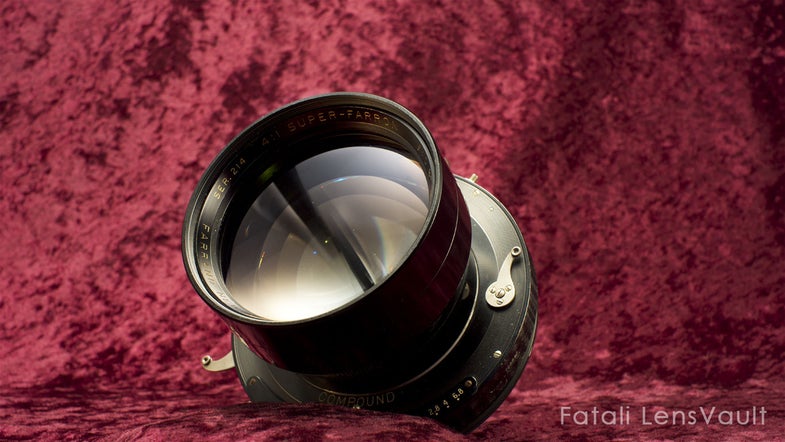 Recently, a new zoom lens was announced with a maximum aperture of F/4. One of the commenters remarked, “F/4? What a waste of time. Call me when they hit F/2.” This 76mm F/0.87 Super Farron prime lens is probably right up that guy’s alley.

The lens is currently listed at $20,000, which seems like an awful lot, but it’s a pretty nifty piece of kit. The lens itself requires a camera with an extremely short flange distance if you want to get full coverage and also focus to infinity, but poking around on the web, I’ve found a few people who have successfully adapted a lens like this to an Micro Four Thirds camera.

As you might expect, shooting this lens wide open is likely very challenging. The depth of field is insanely shallow and the lens itself isn’t exactly designed for pixel peeping fine art photographers. It was built mostly to operate in an industrial capacity.

There are a ton of interesting old lenses out there like this that can be hacked to work on current cameras and it’s always fascinating to me to see the results. Sure, I’m a sucker for the insane sharpness of modern lenses, but a dreamy photo taken with a wildly inappropriate lens certainly has its appeal.