eBay Watch: This Rare Konishiroku Camera Was Made For the Japanese Military 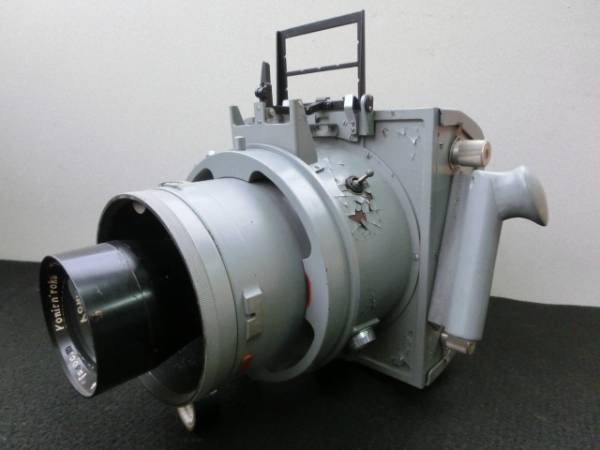 Military cameras are an interesting lot, often existing in small numbers and offering odd quirks not found on models meant for civilians. This rare Japanese military camera from the WWII era is no exception.

The camera up for auction was made by Konishiroku, which would eventually become the Konica brand that most of us know. It used roll film that was 18 cm wide and 6 meters long, which is pretty massive.

Because it was meant for aerial photography, it didn’t have a traditional viewfinder, but rather a folding targeting mechanism on the top a lot like the ones used on other aerial photography cameras and even the cameras they used in space.

it actually does use interchangeable lenses, but there’s no real way to know if this one is in working condition because the film is likely rather tough to come by. You’d probably have to get it custom cut and even then you couldn’t be sure it would actually work.

Still, it’s an interesting piece of camera and world history. I find these old aerial cameras to be pretty fascinating. They’re built to be super tough and efficient, but they also have to be extremely precise in their functions. You can read more about the SK-100 over on the wonderfully nerdy Camerapedia page.